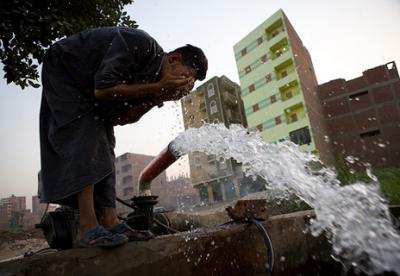 While Egypt was undergoing dramatic political changes last year, Ethiopia was secretly moving to unveil “Project X” – a huge hydropower dam it intends to build on the Blue Nile, 40 km from the Sudanese border.

Political commentators, environmental experts and hydrologists have all voiced concerns about the dam’s ecological impact, the strain it might place on relations between the three eastern Nile nations, and the financial burden of this mega-dam on Ethiopian citizens.

Now renamed the Grand Ethiopian Renaissance Dam, the project (due for completion by 2015) is set to become the largest hydroelectric power plant in Africa. The scale of the project is staggering: the plant will be capable of producing almost double the electricity of Aswan High Dam in Egypt, while its 63 billion cubic metre (bcm) reservoir is double the size of Ethiopia’s largest natural lake. Crucially for Ethiopia’s Nile neighbours, the filling of this huge reservoir is also likely to greatly reduce the flow of water to Egypt and Sudan for several years, and could even permanently alter the amount of water those countries are able to draw from the river.

The planning and implementation of this project has all been decided behind closed doors. Its $4.8 billion contract was awarded without competitive bidding, for example, to Salini Costruttori, an Italian firm favoured by the ruling party; Salini is also building the controversial Gibe III Dam on Ethiopia’s Omo River.

Furthermore, the nature of the project was kept under wraps until after site preparation had already begun, to the great surprise of regional governments, Nile planning agencies, and Ethiopia’s Western donors. It was especially shocking to Norwegian agencies who were working with the Ethiopian government on a similar project for the same stretch of the Nile, now made obsolete by the Renaissance Dam.

This level of official opacity has worryingly prevailed beyond the initial announcement of the project. Expert analysis that would normally accompany such a titanic project has either not been undertaken or kept characteristically secret. No environmental assessment is publicly available for the project. And no steps were taken before its launch to openly discuss the dam’s impacts with downstream Nile neighbours Egypt and Sudan.

Do the environmental and social plans hold water?

The consequences for Ethiopia’s downstream neighbours could potentially be catastrophic. The Renaissance Dam’s reservoir will hold back nearly one and a half times the average annual flow of the Blue Nile. Filling the reservoir – which could take 3 to 5 years – will drastically affect the downstream nations’ agriculture, electricity and water supply. Evaporative losses from the dam’s reservoir could be as much as 3 billion cubic metres per year.

The dam will also retain silt. The Ethiopian government argues that this will be a net positive as it will increase the lifetime of other dams downstream, particularly in Sudan where, for example, the Roseires Dam has been nearly incapacitated by sedimentation. But what about the life expectancy of the Renaissance Dam itself? This is a serious issue for the dam’s viability, and there are no known plans for watershed management or soil conservation to address it. In addition, the retention of silt by the dam reservoir will dramatically reduce the fertility of soils downstream. Sediment-free water released from dams also increases erosion downstream, which can lead to riverbed deepening and a reduction in groundwater recharge.

Some have predicted even more calamitous consequences of the dam’s construction. The Grand Renaissance Dam site is in the Great African Rift Valley near the Afar Depression, an area in which tectonic turmoil is so great it could, according to some accounts, eventually tear the continent in two. The dam could be at risk from damage by earthquakes, yet no one knows if it has even been analysed for this risk, or the largest earthquake it is being designed to withstand. The failure of such a huge structure puts the more than 100 million people living downstream at risk.

On top of that risk is that of ‘reservoir induced seismicity’. A dam with a reservoir as large as this is not just vulnerable to seismic events – it can cause them. Scientists believe that there have been more than 100 instances on six continents of large reservoirs inducing earthquakes. The most serious to date was China’s devastating magnitude 7.9 earthquake in 2008, which some experts believe was induced by Zipingpu Dam.

Holding back the tide of criticism

However, some of the most pressing concerns regarding the dam’s construction are political. Although its timing coincided with Egypt’s political upheaval, the sudden unveiling of the project nevertheless resulted in an outcry. Egypt’s primary fears are a reduction of its main water supply from the Nile, and diminished nutrients and sediment essential for agriculture.

Towards the end of the late Prime Minister Meles Zenawi’s rule, Ethiopia adopted a more aggressive stance over the Nile, moving swiftly to build a number of large hydropower dams. However, tension in the region regarding control of the Nile waters has not all be centred on Ethiopia. In May 2010, five upstream Nile states (Ethiopia, Kenya, Uganda, Rwanda and Tanzania) signed a Cooperative Framework Agreement (CFA) to access more water from the Nile. The move was strongly opposed by Egypt, which brandished a colonial-era treaty from 1929 asserting its exclusive rights to the Nile’s water supply.

With the Renaissance Dam, these tensions seemed to be coming to a head. Following its announcement in March 2011, Egyptian authorities were quick to lobby international support and strongly hinted that a military response was not deemed disproportionate to protect such a vital resource. Indeed, Wikileaks recently released documents detailing a planned Egyptian attack on the dam from Sudan.

However, attitudes appear to have since softened, and dialogue was opened last month between Egypt, Ethiopia and Sudan. In a bid to allay Egypt’s wrath, the Ethiopian government proposed an International Panel of Experts (IPoE) to review and assess the dam’s impacts on downstream neighbours. The panel of ten consists of two members from each of the three countries eastern Nile countries, plus four international experts. Their names have not been released and their meetings are behind closed doors, but they are expected to announce their findings four months from now. This seems to have placated Ethiopia’s neighbours for now.

Yet whatever the IPoE’s findings, the Ethiopian government seems adamant the dam will continue. In September 2012, the Ethiopian Ministry of Foreign Affairs declared that Ethiopia would never halt or slow the construction of the dam due to external pressure, calling into question the significance of the panel. Needless to say, many in Sudan and Egypt still have serious concerns about the project.

Whatever the outcome of political arbitration, it remains irresponsible for Ethiopia to build Africa’s biggest hydropower project, on its most contentious river, with no public access to critical information about the dam’s impacts – a flawed process which can hardly result in a sustainable project. If the Ethiopian government is serious about maintaining good relations with its Nile neighbours, and if it truly wishes to develop projects that will carry its people and the broader region into prosperity, it must begin by allowing some light to penetrate this secretive development scheme.

Amendment 5/12/2012: The third from last paragraph of the article stated that Egypt’s has toned down its opposition to the dam. This has been removed at the request of the author. 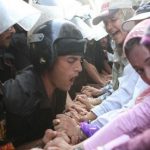 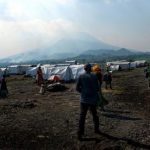