For more than twenty months, the Ethiopian Muslim community has been protesting for their constitutional rights to be respected.

Muslims in Ethiopia have been protesting against government interference in religious affairs for more than twenty months. But ever since the violent crackdown by Ethiopian security forces on peaceful protestors during the Eid al-Fitr celebrations in Arsi last month, the Muslim community has been wary of organising new rallies. Whereas some observers believe that the movement has lost its momentum, activists engaged in the protests vow to continue their peaceful resistance until their demands are met.

The protestors identify themselves as a civil movement and have three clear demands: for the government to stop meddling with religious affairs; the right to elect the members of the High Islamic Council known as the Majlis; and for their leaders, who have been jailed for over a year under “trumped-up” charges, to be released.

During the past a year and a half of demonstrations, several protestors have been killed by the security forces, and dozens, if not hundreds, have been arrested or taken into custody. The Ethiopian Government has denied allegations of police brutality and called accusations of human rights abuses that were made by Amnesty International, “one-sided and largely inaccurate, based on hearsay, political calculation or, all-too-often, downright invention.”

Independent reports of the events are difficult to come by because the government cracks down heavily on anyone trying to cover the protests. Last month, two journalists working for Radio Bilal, a station that has been covering the Muslim protests, were arrested and kept in detention without charge for over a week.

Nationwide unrest started in December 2011, when the government dismissed the administration of the Awoliya religious school in Addis Ababa, because it perceived the institution to be a breeding ground for Islamist radicalism.

The school received part of its funds from the Saudi based International Islamic Relief Organisation (IIRO), in contravention of the Charities and Societies (CSO) Proclamation law, adopted in 2009, which made it illegal for Ethiopian NGOs to receive more than 10% of their funding from foreign sources. The CSO law has been widely criticised for curtailing the power of NGOs working on human rights and governance issues, effectively criminalising many organisations engaged in promoting the political space and freedom of the Ethiopian population.

The Muslim community has perceived the (mis)use of the law by the government to close down the Awoliya school as a direct attack against their community. Addis-based lawyer and blogger Daniel Berhane, in an interview with Think Africa Press, points out that, although the law was not issued specifically for Awoliya, this was “a law that affected all NGOs across the country, and there cannot be any [exceptions]”. This said, the impression of many is that the Muslim community has been singled out by the government.

The Ethiopian government has feared the radicalisation of its 32 million-strong Muslim population since its US-back invasion of Somalia in 2006. On top of that, Ethiopia faces an insurgency from its domestic Somali population in the Ogaden region, who have organised themselves under the umbrella of the ONLF to promote an ethno-nationalist agenda.

Alemayehu Weldemariam, visiting Professor of Government at Suffolk University, argues that the Ethiopian government harbours a rational fear for Islamist terrorism. “But,” he continues, “whether that fear arises from a threat posed by its own Muslim population is dubious.”

Muslims have a long history in Ethiopia. The country, known for its unique branch of Christianity embodied in the Ethiopian Orthodox church, is also home to one of the oldest Muslim communities in the world. About a third of the country’s population adheres to the teachings of Mohammed, whose first followers fled across the Red Sea from the Arab Peninsula to the Ethiopian kingdom of Axum in 615 AD, an event known as the First Hijra. The Christian king of Axum offered protection to the refugees, thus laying the foundations for a mutually tolerant relationship between the two religious groups in the African kingdom.

According to Berhane, it is precisely because of these longstanding relations that there is little suspicion between the two religious groups. “The government has been promoting religious freedom for the past 21 years,” the blogger contends. “There is general support for that, so that cannot be a point of argument between the Christians and the Muslims. Everyone supports demands for religious freedom.”

Everyone except the government, if the Muslim protest movement is to be believed. Ever since the government violently cracked down on a protest rally in July 2012 and arrested hundreds of participants, demonstrations have occurred across the country. Although most of those arrested were released shortly after, a group of 29 were charged with conspiracy against the state under the country’s new 2009 Anti-Terror Proclamation.

No-one from this group has been released to date and the US Commission on International Religious Freedom (USCIRF) has voiced its concern that these individuals are not getting a fair trial: “We are deeply concerned that Ethiopia’s government is seeking to silence peaceful religious freedom proponents by detaining and trying them in secret under trumped-up terrorism charges.”

The protestors have stated that they do not intend to overthrow the government, but are merely demanding their rights as laid down in the country’s constitution, which “provides for freedom of religion and requires the separation of state and religion”, according to Professor Weldemariam.

During a recent three-day conference to promote a religious culture of tolerance and coexistence, Prime Minister Hailemariam Desalegn publicly reaffirmed that the state did not interfere in religious matters and that, “Ethiopia’s constitution clearly showed the separation of state and religion”. However, human rights groups have pointed out that the government policy of promoting a specific branch of Islam, known as the al-Ahbash sect, is coming at the cost of the more Sufi-oriented local traditions.

The government fears a growing influence of Saudi Wahhabism, partly because of institutions like Awoliya which received significant funds from the IIRO and were thus believed to be regulated by them. But as one local activist, who wished to remain anonymous, pointed out to Think Africa Press, it was highly respected Muslim intellectuals who were firmly entrenched in the Sufi traditions that were heading the school: “It is thus easy to conclude that the Saudis were not meddling with the curriculum of the school and with its leadership.”

A better, not a different government

Meanwhile, the peaceful nature of the Muslim demonstrations seems to have inspired a wave of political activism in the country. A new opposition party called the Semayawi, or Blue, Party organised a rally in Addis Ababa on June 2 with thousands of supporters attending. These demonstrations were the first since 2005, when a crackdown on opposition rallies left 193 protestors dead. The Blue Party demonstrations called for human rights to be respected, political prisoners to be released and for greater freedom of expression.

In a clear attempt to tap into the success of the Muslim demonstrations, opposition parties are openly appealing to the Muslim community. Berhane describes this attempt as “sugar-coated”, meaning the secular opposition parties have voiced support only for the most general demands of the Muslims. “They wanted to attract these protestors into their rally so that they can boost their numbers,” he says.

After the heavy-handed crack-down during the Eid al-Fitr, no major rallies have taken place. Berhane suggests that it was natural for the movement to lose momentum and he thinks that there will be no further calls for demonstrations: “From my perspective they have achieved much, they should not expect to achieve 100 per cent.”

But, as the anonymous Muslim activist told Think Africa Press, the struggle still continues and will only stop after the three basic demands are met. It has been suggested that the movement is keeping a low profile and is following a strategy of ‘sustained low-level protest’ in order to avoid direct confrontation with the state. 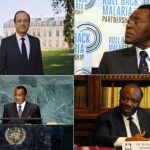 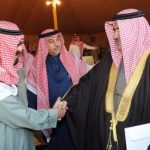