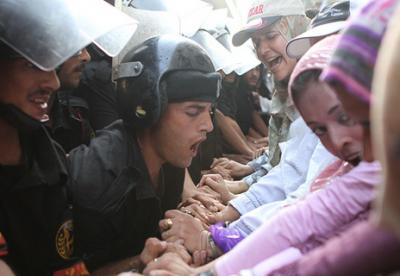 Pushing for change: Women protesting in Cairo in 2010. Photograph by Sarah Carr.

Progress in the struggle to eliminate violence against women has been excruciatingly slow. The 19th century rights of men to “physically chastise an errant wife” may no longer exist, and a host of conventions, declarations and resolutions against gendered violence may have been enshrined in international law in the meantime. But violence against women continues to corrode the fabric of society in every country of the world. In homes, workplaces, and public spaces; in times of conflict and peace; through explicit and criminalised (though rarely prosecuted) acts, and through implicit and culturally-sanctioned practices, violence against women prevails and is widespread.

This violence can take physical, sexual, and psychological forms and has or will affect an estimated one in three women in the world. This figure is even higher in Africa where legal and institutional mechanisms to prevent violence and gender discrimination are weak in many areas, armed conflicts have perpetuated the use of rape as a weapon of war, and numerous groups maintain traditions of forced early marriage and female genital mutilation.

But no country in the world, let alone continent, has come close to eliminating gendered violence or extinguishing its roots, which lie firmly embedded in, and nurtured by, normalised cultures of discrimination, domination and objectification.

This is why, while enforceable laws are a step in the right direction – even if, as in the case of marital rape, it took the likes of the UK until the 1990s to take the necessary steps – they are far from sufficient. Ending physical, sexual and psychological violence also requires accompanying drives to tackle the more hidden economic, institutional, and cultural assaults faced by women and girls.

In the words of Navi Pillay, UN High Commissioner for Human Rights, “eliminating violence against women necessarily encompasses measures to empower women to stand for their own rights, make decisions on their lives and participate fully in the life of their communities”.

This struggle will no doubt take much time, continue to encounter fierce resistance, and require unrelenting efforts from the grassroots as well as political and cultural leaders. But it is something in which we are all inescapably implicated. To quote Michelle Bachelet, Executive Director of UN Women:

“This is not just a women’s issue, this is a responsibility for all of us. This violence is an outrage and it must be stopped. Time has run out for complacency or excuses.”

International Day for the Elimination of Violence Against Women

To mark the International Day for the Elimination of Violence Against Women, below is a selection of Think Africa Press’ articles on gendered violence in Africa.

Read Leonie Taylor’s piece on Nigeria’s high rate of domestic violence for an examination of how cultural, economic and institutional structures can help silence victims, subtly condone discrimination, and facilitate the perpetuation of gendered violence.

Read Maha El-Sanosi’s article to learn how Sudanese activists have continued to battle against often brutal security forces in their campaign to eliminate article 152 of Sudan’s penal code, a law which has seen countless women beaten and arrested for “indecent and immoral acts” including wearing trousers.

Read Travis Lupick’s feature on efforts in Liberia to end the traditional practice of female genital cutting for an insight into the complex tension between protecting girls’ human rights and maintaining groups’ cultural rights. “You’re talking about educating a nation to abandon its cherished heritage,” explains Liberia’s Minister of Internal Affairs in the article. “Take time to be holy.”

And read Natasha Smith’s article for her personal account of being stripped, beaten and violated by a gang of men in Cairo, and for an examination of the shockingly high prevalence of gendered violence in Egypt as well as the ever-stronger tide of grassroots opposition to it. 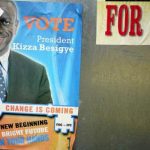 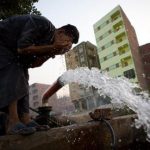