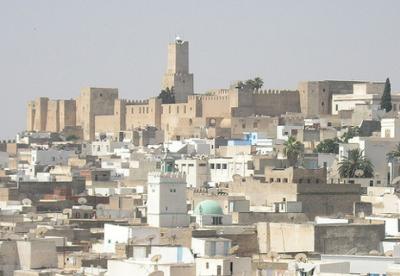 View of the Kasbah in Sousse, Tunisia. Photograph by yovanson.

An original founder of the banned Salafi organisation reveals its true origins, the extent of its links with al-Nahda, and what lies “behind the curtain.”

The public rise of Ansar al-Sharia in Tunisia (AST) – the radical Islamist group recently listed as a terrorist organisation by the Tunisian government – first began two and a half years ago, and online.

On 27 April, 2011, a blog titled the al-Qayrawan Media Foundation (QMF) was created, and two days later a corresponding Facebook page was established. Then, on 15 May, another Facebook page under the name Ansar al-Sharia in Tunisia was launched, coinciding with the announcement that a conference would be convened in Tunis on 21 May.

This is the public story of AST’s emergence, and since 2011, the group’s visibility has grown significantly; the group has courted controversy through its protests against blasphemy, been accused of involvement in political violence, and been banned by the state. Yet the organisation remains poorly understood, not least with regards to its real origins, the story of which stretches several years further back than 2011, runs much deeper into Tunisian politics than has otherwise been disclosed, and has up to now stayed largely concealed.

In late August 2013 and early September 2013, I had the opportunity to meet one of the individuals (who will remain anonymous) present at the actual founding of AST. The event took place in 2006 in a Tunisian prison.

According to the source, when Hamadi Jebali – a senior member of the Islamist organisation al-Nahda who went on to become Prime Minister (2011-2013) – was released from jail in February 2006, some more radical Islamists believed they too could be leaving prison soon. They began planning for their mission once on the outside, and though the group did not have a name for it at the time, 20 Islamists, including AST’s future leader, Abu Iyadh al-Tunisi, agreed to create a new organisation.

The group’s release in fact took longer than expected, and it was only in March 2011, following the overthrow of President Zine El Abidine Ben Ali, that they were pardoned and set free. Once outside, the group organised, gathering in Abu Iyadh’s house, and began implementing the plans they had been working on for the previous five years. AST started outreach efforts in Tunis, Sousse, Sidi Bouzid, al-Qayrawan, and Bizerte as well as making contact with the Salafi cleric Shaykh al-Khatib al-Idrissi.

Although there is more public distance between al-Idrissi and AST currently, when AST first began, al-Idrissi promoted its existence and early activities via his official Facebook page and was loosely affiliated with AST’s original media outlet QMF. Al-Idrissi is one of, if not the most, influential Salafi clerics in Tunisia. In 1985, he went to Saudi Arabia and formally trained with some of the most important Salafi clerics of the modern era including ‘Abd al-‘Aziz bin ‘Abd Allah bin Baz. AST’s early outreach to al-Idrissi highlights the fact it wanted strong backing from the ‘ulama – the class of Muslim legal scholars – to legitimise its cause.

Since spring 2012, al-Idrissi has been less public in his support for AST, and around a similar time, AST established a new media outlet named al-Bayyariq Media Foundation. It appears that al-Idrissi’s the current relationship with AST is more as an unaffiliated outside spiritual guide and that Abu Iyadh is the main link between AST and al-Idrissi.

In addition to these early efforts, AST also had meetings and communications with al-Nahda, now Tunisia’s biggest political party, including with its leader Rachid Ghannouchi. According the founding member of AST I spoke with, relations between the Salafis and al-Nahda went back to the time that members of each group were in prison together. They reportedly passed letters to one another and were in close communication, though good relations may have been kept for cynical purposes. For example, a letter from Ali Larayedh, Tunisia’s current Prime Minister, to Nur al-Din Ganduz, another senior al-Nahda figure, allegedly explained that the Salafis were beneficial to al-Nahda because they make them look better and more moderate in comparison.

Following the overthrow of Ben Ali and the release of the prisoners, dialogue between factions within al-Nahda and AST continued. The individual I spoke with said that in 2011 he personally attended two meetings at Ghannouchi’s home in el-Menzah, just north of Tunis. In these meetings, Ghannouchi allegedly told Abu Iyadh to encourage the youth of AST to join the national army to infiltrate it, and to get another group of youth do the same with the National Guard.

This claim is less surprising when one bears in mind the leaked video that surfaced in October 2012 in which Ghannouchi provides strategic advice to the Salafis. In one part of the video, the al-Nahda leader warns, “the Army is in their [the secularists] hands. We cannot guarantee the police and the army.” It is possible Ghannouchi did not want to risk his own cadres, but saw a back door to controlling elements within the security apparatus by using the Salafis and the zeal of their youth members.

This relationship between al-Nahda and AST has since soured, and the al-Nahda-led government designated AST as a terrorist organisation on 27 August, 2013.

In the two and a half years since AST emerged in Tunisian politics, the organisation has been involved in a serious campaign for hearts and minds publicly. Yet it is also believed to have been involved in more nefarious and concealed activities, though these have been difficult to confirm. The founding member of AST, however, provided some insights these shadier aspects of the group and suggested he quit the group in AST because of “what was behind the curtain.”

He confirmed that AST has a military wing, thus contradicting one of Abu Iyadh’s famous statements that Tunisia is a land of da’wah (meaning preaching or invitation) and not jihad, and his claim that AST does not have or obtain weapons. The individual also noted that the relationship of AST with Ansar al-Sharia in Libya (ASL) and Ansar al-Sharia in Egypt (ASE) is like a “spider web,” explaining that they all know one another – presumably referring to the groups’ respective leaders. Further, the source said certain members of AST, ASL, and ASE travelled together to Gaza and northern Sinai in 2012. He did not say that they went for military training – though it should not necessarily be ruled out considering Tunisians have reportedly trained in Libya with ASL – but rather to meet Palestinian Salafis who advised them on issues related to administration, organisation, and management.

When analysing semi-clandestine Salafi organisations, one needs to bear in mind what one knows for sure and what one doesn’t, especially as the latter category often overshadows the former. And there are still many questions to answer regarding AST, such as its relationship with al-Qaeda in the Islamic Maghreb (AQIM) and its role in recent violence in Tunisia. However, as AST continues to be important in Tunisia despite its official ban, hopefully filling in some previously concealed gaps regarding its history, its relations and its strategies will help us understand the mysterious group a little better. 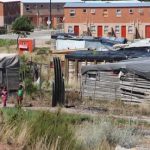 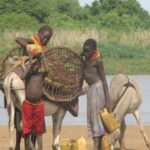