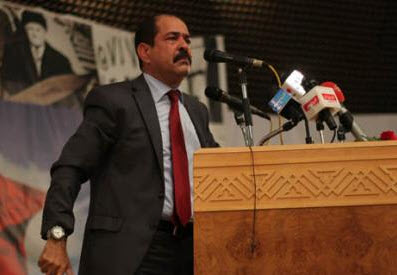 The assassination of the highly respected opposition figure Chokri Belaid has thrown Tunisia into turmoil and could mark a turning point in Tunisian politics.

Since opposition figure Chokri Belaid was assassinated yesterday morning, Tunisia has been thrown into total turmoil. Political violence is rare in Tunisia, so the assassination targeting a household name and performed in such spectacular style – Belaid was shot four times at point blank range by an unknown gunman outside his home – shook Tunisians to the core.

Following news of his death, protesters took to the streets of Tunis, clashing with police and calling for fall of the regime. President Moncef Marzouki flew straight back to Tunisia, cutting short his visit to France and cancelling his trip to Egypt. Four Tunisian opposition groups met in an historic and unprecedented meeting and announced their withdrawal from the national assembly. Prime Minister Hamadi Jebali said he would dissolve the government and install a small cabinet of technocrats in its place until elections. And al-Nahda, the ruling Islamist party and the party of which the prime minister is a member, rejected Jebali’s proposed dissolution.

This has truly been one of the longest 24 hours in Tunisian politics. The scale of the response against al-Nahda and the new unified stance of the opposition could prove to be a turning point in Tunisian politics. All this was triggered by the death of the 49-year-old lawyer and secretary general of the Unified Patriotic Democratic Party (UPDP). But who was he?

Student activist in the 1980s, civil rights advocate since the 1990s and prominent anti-Ben Ali figure, Belaid became a household name from January 2011, peering through the television screens almost daily, with his trade mark thick moustache, fluent speech and forceful opinions. He was smeared by Imams in mosques as being an atheist (‘kafir’); accused of being an informant for former president Ben Ali; blamed for instigating strikes and demonstrations by the government; and satirised in comedies and on social media.

At the same time, he was – just like his even more iconic friend and fellow leftist, Hamma Hammami – “humanised” to the general public through human interest stories such as television visits to his home and appearances on social programmes and even in Ramadan entertainment shows. In addition, Belaid was a burgeoning poet before devoting himself to politics. He often quoted the literary tradition at will and spoke flawless Arabic. For these reasons, he could not be accused of being the traditional uprooted Francophile secularist or the customary dogmatic Marxist.

And like in life, his tragic death also had poetic overtones. His assassination was foretold in more than the many threats he received, publicly and in private, and as a poet, he is best remembered for a poem dedicated to Husain Muruwa, the Lebanese intellectual assassinated by Islamists in the late 1990s.

Along with his popular appeal, Belaid maintained a strong line against neoliberal policies and vociferously opposed many Islamist ideas. His message as well as his profile seem to have resonated well with the core values of the revolution: work, dignity and freedom. His line of thought and action ran through Tunisian politics largely through the potent and ubiquitous Tunisian General Union of Labour (UGTT) in which the Tunisian Left has maintained a strong presence at the regional as well as national levels. The same is true of the student movement, which Belaid led and in which he had his training as an activist.

His appeal also has been complemented by a rather traditional leftist profile: he lived in a rented apartment with his wife and two young daughters; he did not own a car; he spoke the dialect of the interior regions of the country and avoided glamorous and rich circles.

Behind Belaid’s personal and activist story lies the complex and compelling story of the Tunisian Left as a whole. Responses to his death may well mark the end of the line for Islamist politics as we know it in Tunisia. It may also mark the rise of a unified opposition, which now realises that its fight is not only, or no longer, for freedom of expression and association, but an existential one – a matter of survival.

If Belaid was a thorn in the side of the al-Nahda, the Salafis and the government during his life, he is likely to be a decisive nail in their coffin now that he is dead. The split emerging between Prime Minister Jebali and al-Nahda is perhaps the start of this trend. But amidst this still-developing situation, one thing is now a reality: Tunisia, which prided itself on peaceful politics, is no longer an exception in the region. 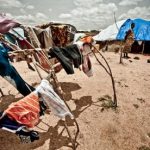 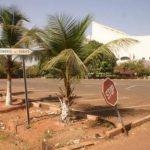