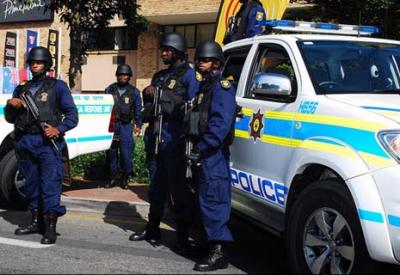 Has the remilitarisation of the police led to an attitude of seeing public order maintenance as a form of warfare?

In early 2010, the South African Police Service (SAPS) began a formal process of remilitarisation. At the time this was depicted as a necessary project of reasserting ‘command and control’ and ‘discipline’ within the service to better enable the police to fight violent criminals.

However, in the last two years the SAPS has become more associated with a war on the wider public. The Independent Police Investigations Directorate has seen a substantial increase of deaths in police custody and reports of abuse and torture by officers. Last year, the killing of protester Andries Tatane brought national attention to the increased lethality of police crowd control tactics. In the province of KwaZulu-Natal this year alone, there has already been the trial of the Cato Manor Organised Crime Unit for extrajudicial killings and the shooting of unarmed demonstrators in Umlazi.

The cumulative effect is to suggest that the SAPS is reverting back to its apartheid role as the brute enforcer of state power.

Last resort or matter of course?

This appears to have reached a new nadir in the killing of 34 miners at the Lonmin Mine in Marikana on August 16. By the time of the shootings, the strike had already led to fatalities with ten people, including two policemen, dying in clashes between members of the government-affiliated National Union of Mineworkers (NUM) and the breakaway Association of Mineworkers and Construction Union (AMCU).

The SAPS have maintained that the shootings only happened after the strikers refused to peacefully dissemble and that lethal force was approved as a last resort as armed strikers attempted to swarm police lines. This has been reiterated by President Jacob Zuma and much of the South African media which has presented the killings as an unavoidable tragedy in which law enforcement was forced to take deplorable measures. Despite this and despite the fact the national police command acknowledged that its officers killed the strikers, the National Prosecuting Authority originally charged the arrested miners with the murder of their colleagues, only dropping the charges and beginning to release the workers today.

Against the narrative of the police using force only as a last resort, however, a growing body of evidence suggests that rather than being an act of self-defence, the killings were part of a premeditated plan to stop the strike. Interviews with miners point to the police using barbed wire to ‘kettle’ the strikers, who were then hunted down and shot as they attempted to escape from police gunfire and teargas, while wounded survivors were run over by armoured vehicles. Additionally, allegations have emerged which suggest that the autopsies of the dead prove that most were killed while fleeing. There is also recent evidence, found by The Daily Maverick, that 14 of the miners may have been murdered by police 300 metres away from the main site of the clashes at close range and with little sign of struggle. Furthermore, evidence of systematic police torture against detained strikers in the last week hardly portrays the SAPS as an institution which only uses violence as a last resort.

According to an official statement from the National Education, Health, and Allied Workers’ Union, “Our police service has adopted and perfected the apartheid tactics and the militarisation of the service, and encouraged the use of force to resolve disputes and conflicts…. all police officers who deal with protests must be taught…disciplined ways of controlling…the protesters because we cannot afford to have a police force that is slaughtering protesters in the new dispensation.”

Echoing this sentiment, security analysts described the shootings as the product of a poor training regime in which public order expertise has been replaced by a focus on maximum force and crime-fighting. Instead of using specialised forms of containment and negotiation, police take the combative stance of aggressively breaking up gatherings and demonstrations. In one particularly bizarre intervention, the former commander of an apartheid riot squad claimed that the police should have used the ‘less’ confrontational tactic of “popping” individual miners with snipers.

However, in focusing exclusively on the issues of tactics and training, many of the commentaries portray the police as an apolitical organisation whose role is simply to adjudicate in social disputes and who can be made less violent by the correct technocratic fixes. As Jane Duncan argues, this ignores the role of the SAPS as an intrinsically political institution which is in the business of “suppressing dissenting voices, especially (but not exclusively) those outside the [ruling] ANC-SACP-COSATU [African National Congress-South Africa Communist Party-Congress of South African Trade Unions] alliance. The problem predates the remilitarisation of the police, although remilitarisation has undoubtedly intensified it.”

These tactics have ranged from ‘invisible’ forms of repression such as abuse of the legal system to deny permits to demonstrate and heightened surveillance, all the way to the use of live ammunition and torture. This starkly contrasts with how the police treat protests organised from within the governing tripartite alliance. Public disturbances and violence at COSATU and ANC strikes and marches are for the most part treated with kid gloves. A recent strike by Metro Police in Durban, in which officers blockaded roads, assaulted motorists and allegedly threatened to “burn down” the city hall, for example, was met only with warnings of disciplinary action.

However, the authoritarian response to political movements which attempt to organise outside the state is not exclusive to the ANC. The Democratic Alliance party (DA) has exhibited comparable tactics in its governance of the Western Cape, ranging from the violence which accompanied its attempts to evict residents from Hangburg to the almost farcically draconian clampdown of the small “Take back the commons” event in Cape Town.

A war on the poor?

This violence against political dissent can be considered as a front in what many independent social movements are calling the “war on the poor” in which the police, often aided by South Africa’s sprawling private security sector, “are here to drive the poor out of the cities, contain us in the human dumping grounds and repress our struggles.”

In many respects, this repression appears to repeat the work of colonial and apartheid authorities under a new guise. For instance, the Lonmin massacre joins many other historical incidents of the state using force to protect the property and power of South Africa’s mining sector. But while interpreting the recent upsurge in state violence through these historical continuities is inevitable given the horrors of South Africa’s recent past, the remilitarisation of law enforcement has taken place under a very different context than the police state of the apartheid decades.

South Africa is now formally a constitutional democracy even though, as the ‘war on the poor’ demonstrates, the enjoyment of these rights is still circumscribed by class and race. And whereas aggressive crowd control in the apartheid years was the response of a white supremacist state trying to crush insurrection, state violence today emerges from a democratically-elected government attempting to contain localised community protests and revolts. But, like their apartheid predecessors, state officials often rely on paranoid claims about mysterious ‘forces’ provoking violence rather than acknowledging it as the result of frustration around South Africa’s obscene levels of inequality, the failure of government to deliver meaningful socio-economic emancipation to the country’s poor and black majority, and the arrogance and cruelty of the state and big business.

The militarisation of police therefore is not about mobilising to win a protracted war against a specific enemy but is reflective of transnationally-floating concepts of ‘asymmetric war’ in which state forces engage in ‘low-intensity’ ( but still very violent) conflicts with a range of non-state actors from ‘terrorists’ and armed gangs to ‘insurgent’ publics.

This is undergirded by a belief in the tactical interchangeability between fighting a war and domestic policing. The last few years has seen increased integration between the police and the South Africa National Defence Force (SANDF), which has included joint ‘security operations’ and the exchange of equipment. Within the SAPS itself, there has been a focus upon training up paramilitary SWAT-type units which bridge the gap between police and military functions. Two of these units, the Special Task Force and the Tactical Response Team, were on site at Lonmin. The Special Task Force predates the remilitarisation of the police and is considered one of the most elite special units in the world and has conducted training missions with the Special Operations Command of the US military. However, they are trained for hostage and terrorist situations, not crowd dispersal or control. It is notable that miners mistook them for soldiers due to their uniforms.

By contrast, the Tactical Response Teams, which are assigned to precincts throughout the country and which are recognisable by their berets, are trained for both urban and rural combat and ‘advanced crowd management’. These units were intended to be a flagship for the remilitarisation of the SAPS and to simultaneously “hunt down criminals” and maintain public order. However, the various teams have gained a reputation for abusive force. Video evidence captured the Gauteng Tactical Response Team engaged in a military-style campaign after civil unrest in a township near Johannesburg, including torture and door-to-door raids, while the media acquired CCTV footage of response team members attacking bar patrons in the city. The Mpumalanga division has also faced a lawsuit for allegations of severe brutality.

While the government’s militarisation of the service has been presented as a response to the dangers posed by armed criminals and terrorists, the evidence suggests that such units are designed to be rapidly targeted inward.

National Police Minster Mthethwa has suggested that because of historically-rooted “sensitivities”, South Africa’s population are too sceptical of the police’s ability to implement crowd control with ‘‘the human touch”. He says: “People criticise us for using water cannons. We have introduced those techniques because that’s not your maximum force. But you’ll hear people criticising that, saying these things were used under apartheid”.

Conscious of the publicity fallout from Marikana, the state has gone into public relations overdrive and attempted to create a narrative which exonerates and legitimates the actions of the police, partly through presenting the miners as a deranged mob. But there is little indication that the massacre will cause a rethink on the project of treating ‘public order’ as a new form of warfare. 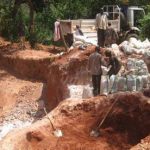 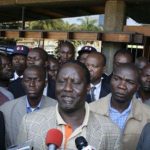