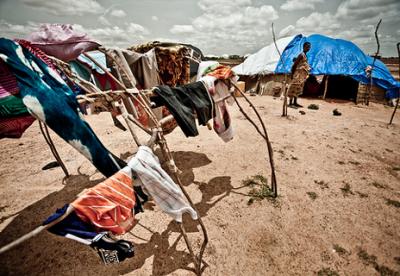 A camp for refugees who fled from northern Mali in Burkina Faso. Photograph by Pablo Tosco/Oxfam.

Think Africa Press’ editor answers your questions on the situation in northern Mali.

What are France’s objectives in intervening in northern Mali? Who exactly are they fighting?

It is worth beginning by dismissing some theories about France’s motivations for intervening which are erroneous.

Firstly, it is not neo-colonialism. While France has a sorry record of neo-colonialism in its former colonies, this intervention is not an example of it. Mali is an outlier in French post-colonialism and French economic interests in Mali are relatively limited.

Secondly, conspiracy theories about riches under the Sahara are misguided. Northern Mali has no proven oil or uranium deposits, and it is not clear that if any were discovered, France would recoup the costs of the intervention in preferential agreements. It is possible that worries of a spill-over into Niger – from which France imports 7% of its domestic energy supplies in the form of uranium – was a factor in French decision-making. But the intervention has put those assets more not less at risk.

Thirdly, references to the “strategic importance” of Mali should be quickly dismissed. Mali has little strategic importance to any outside power in terms of economic or other resources. Indeed, prior to the events of the last year, Mali was truly one of the world’s strategic backwaters.

In that case, what reasons did inform France’s decision? The strategic interest that France sees, whether justified or not, is in removing, or halting the spread of, Islamist militants in the country and region. I am minded to take French strategic thinking pretty much at face value here, although I personally think the threat of Islamic militancy to both the region and outside the region is overblown.

Nevertheless, to this end, the French are fighting against three Islamist militant groups: 1) al-Qaeda in the Islamic Maghreb (AQIM), which was an Algerian group that emerged out of splits within the Islamist fighting forces during Algeria’s civil war; 2) the Movement for Oneness and Jihad in West Africa (MUJAO), which is a splinter group from AQIM, though to what degree and how they differ is hotly debated in specialist circles; and 3) Ansar Dine, a Tuareg-led Islamist group which emerged in 2012 and has recently split along radical and less radical lines with the less radical grouping, the Movement for an Islamic Azawad (MIA), attempting to ally with the Tuareg-led secular nationalist grouping the National Movement for the Liberation of Azawad (MNLA).

One less self-interested reason why France intervened is that it was asked to by the government of Mali. It was already part of an extremely broad coalition of countries, regional and international bodies that was planning an intervention in September of this year. The timing was sped up by the militant extension of their assault into the central region of Mali, threatening the air base at Sévaré.

One more self-interested reason could be French President Francois Hollande’s sagging approval ratings at home and the need to do something decisive. This was speculated to be part of the reason for his predecessor Nicholas Sarkozy’s desire to play a leading role in the Libyan intervention. Sadly for him, but happily for Hollande, it didn’t do Sarkozy much good at last year’s presidential poll.

Fundamentally, Mali is a victim of structural dominances related to colonialism and its subordinate position in systems of global power. France’s intervention is an expression of that rather than an extension of it.

Will the Malian army and AU force have the capacity to maintain control once French troops withdraw? What main risks do they face?

Post-intervention northern Mali poses two great problems: 1) how will the Islamist militants be tackled now they are outside of the major population centres and in the vast desert; and 2) how will reprisal attacks and human rights abuses against the Tuareg and Arab populations be controlled?

The Malian army is clearly not trusted to deal with either and there are already numerous reports of human rights abuses and indiscipline. This is why the French would prefer that a UN force replace them rather than leave the north under the control of a Malian and broader African force. It is also why France has called for international observers in the region and has effectively not returned sovereignty of the northernmost and most Tuareg-concentrated region of Kidal to the Malian government and army, fearing serious reprisals against the local Tuareg and Arab populations.

What relevance do the MNLA and aspirations of Tuareg independence have now? Will the MNLA be incorporated into the peacekeeping process or be seen as a force against it?

The Tuaregs are likely to be the biggest losers of their own rebellion. The MNLA is loathed throughout Mali by non-Tuaregs. The MNLA may have Paris’ ear, and to a lesser extent Ouagadougou’s, but it certainly does not have Bamako’s.

While MNLA aspirations for independence are well and truly dead, the struggle continues within the community to define what they want. The newly-formed MIA, which would like to achieve an autonomous regional government akin to the Kurds in northern Iraq, has a different conception of Tuareg demands than the MNLA. This dispute will have to be fought within the community and resolved quickly; otherwise Tuareg negotiators could leave any future table with nothing.

Who is in charge in Bamako? Does Mali have an effective and unified enough government to maintain order and resolve political grievances in the north in the longer-term?

Mali has an interim government following a coup in March of last year. The government is run by a troika of President Dioncounda Traoré, coup leader Captain Amadou Sanogo, and Prime Minister Django Cissoko.

The legitimacy and stability of this ruling triumvirate have come under severe questioning, especially after the military forced the resignation of the former interim prime minister, Cheick Modibo Diara, in what has been labelled a coup 2.0. This is why most of the international community, especially the US, wanted a political transition, including elections, in the south before any military intervention, though this stance has since softened.

The balance of power in Bamako is essentially on ice until more is known about the outcome of the intervention. The current government is incapable of solving long-term political grievances anywhere in Mali. Yesterday’s events summed up this uncertainty well: in an interview, Traoré first said he would refuse dialogue with militant groups; but then, in another interview later that day, and apparently under pressure from France, performed a U-turn and said he would accept dialogue with the MNLA.

Unfortunately for long-term stability, it seems the north will have more effect on what eventually happens to the government in Bamako than the government is currently able to address the issues driving the situation in the north.

What dimension of the conflict would you say is most commonly misrepresented or given undue weight in explanations and analyses of the situation?

Whilst wild and mutually contradictory conspiracy theories are frustrating, and ignorant headlines talking of ‘Africanistan’ are dangerous and unhelpful, neither have been completely accepted across the board. One false narrative which has been accepted, however, is that the events in northern Mali are blowback from NATO’s 2011 intervention in Libya. This narrative, whilst not without elements of truth, is overstated, overpowering so much other analysis.

I have two main problems with it. Firstly, it completely ignores local dynamics alongside messy and unclear facts. Instead, it substitutes a kind of theory of cosmic payback for Western foreign policy. This places the effects of Western policy far above the moods and motivations of Malians. Whilst this easy assumption may have worked with respect to the War on Terror in other Muslim majority countries, it fails to properly face facts in Mali.

Secondly, the theory, at least in its common, most exaggerated form, fails at the basic level of common sense. Niger, which actually borders Libya, unlike Mali, would be a far more likely candidate to suffer blowback from Libya. Fighters in the Libyan war crossed the border between the two. Niger has a large Tuareg population. There is a history of trans-border criminal and Islamic militant networks just like in Mali. And there are actually natural resources there (uranium and oil). However, Niger remains stable whilst Mali is in crisis. A significantly weaker version of blowback theory could explain this, but the usual blithe assumptions around the necessary link between Mali and Libya cannot. 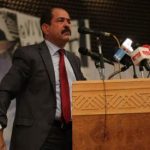