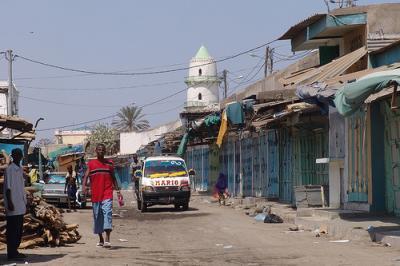 Home » Economy » Trade Misinvoicing, or How to Steal from Africa

The little-understood practice of misinvoicing or re-invoicing relies on legal grey areas and financial secrecy and costs the continent dearly.

Lately, the media has been replete with stories about how Africa is losing billions of dollars a year through a process called “trade misinvoicing.” The concept of trade misinvoicing is simple: companies and their agents deliberately alter the prices of their exports and imports in order to justify moving money out of, or into, a country illicitly.

The practice is very common in Africa. To name just a couple instances, it has allegedly been used to avoid paying import duties on sugar in Kenya and to shift taxable income out of Zambia and into tax havens abroad.

The amount Africa loses to trade misinvoicing is astounding. Global Financial Integrity (GFI), a Washington, DC-based think tank, estimates that $286 billion worth of capital was extracted out of Africa using this process over the past decade. Between 2002 and 2011, due to illicit financial flows, sub-Saharan Africa lost 5.7% of it’s GDP, a 20.2% increase. Of these illicit financial flows, 62% were due to misinvoicing.

The good news is the issue of trade misinvoicing has found its way to the forefront of development talks.

Whereas the impact of trade misinvoicing is becoming­­ well known, exactly how it is done is not entirely understood. This is a problem, considering the extremely technical nature of the issue. If public policy decisions are going to be implemented to address trade misinvoicing, a firm understanding of its mechanics is absolutely necessary.

To start, the biggest myth associated with trade misinvoicing is that it is entirely explained by corruption and poor governance.

Not only is this a false narrative, but it has no readily implemented solution. It also puts the onus entirely on the country being impacted, and fails to acknowledge the role the West plays in facilitating such transactions.

The truth behind trade misinvoicing is that it is a two-way street. The global shadow financial system, propped up by tax havens and financial secrecy, is equally responsible for the propagation of trade misinvoicing in Africa. This system of offshore banks, anonymous accounts, and shell companies is largely created by developed countries in the West.

This isn’t to say corruption doesn’t play a role. Yes, it may be easy in many African countries to pay a bribe to a customs official to get them to look the other way when a company is attempting to misinvoice a trade transaction; however, the advent of tax havens has made this largely unnecessary.

Why get your hands dirty when there is an easier, less-obviously-criminal means available? To quote Raymond Baker, the President of GFI and a member of the UNECA High Level Panel on Illicit Flows: “on-the-dock trade misinvoicing like this simply doesn’t happen.”

How do companies misinvoice trade then? One of the most widely used processes is called “re-invoicing,” which sidesteps quid pro quo bribery and corruption and utilizes legal grey areas and financial secrecy to do all the dirty work.

Instead of defining re-invoicing myself, here is a word-for-word definition given by a company (operating out of a tax haven) which exists specifically to assist companies who wish to misinvoice trade. In fact, a simple Google search of “re-invoicing” produces hundreds of results of companies openly advertising such practices. Here is just one example:

In other words, companies have sent the process of trade misinvoicing offshore. By the time the goods reach the docks, the prices have already been manipulated. No need to pay a bribe.

The process can be extremely lucrative for the actor doing the misinvoicing. Although the price varies from jurisdiction to jurisdiction, many re-invoicing companies often only charge a 2% commission fee on the profits shifted in such a manner. Additionally, tax haven jurisdictions generally have little-to-no corporate taxes, which makes the proceeds from re-invoicing tax-free. Compare that to a 35% corporate tax rate in many African countries and you can understand the appeal of shifting capital through re-invoicing.

Let’s assume the following scenario: imagine a hypothetical Zambian exporter of copper arranges a deal with a buyer in the United States worth $1,000,000. Now, let’s assume that the Zambian company only wishes to report $600,000 to government officials to circumvent paying mining royalties and corporate income tax.

Second, the exporter then uses the shell company to purchase the copper from the exporter in Zambia for a value of $600,000, $400,000 less than the true value of the copper. An invoice that shows receipt for the $600,000 copper sale is then forwarded on to Zambia tax collectors.

Thus, the Zambian exporter lowered its taxable revenue from $1,000,000 to $600,000. The remaining $400,000 remains hidden in Switzerland where it is untaxed and unutilized for development purposes.

How to stop it

Therefore, there needs to be a multilateral effort to disclose the beneficial owners of shell companies operating in tax haven jurisdictions. Until then, companies will continue to hide behind them to misinvoicing trade offshore.

Misinvoicing is not just a sharp business practice, but a way of spiriting out of the continent billions of dollars that should be put to work in social and economic investments. Until something is done about the network of offshore jurisdictions and financial secrecy at a global level, Africa will struggle far harder than it should have to in order to achieve social and economic development.

Drug Addiction in Africa – The State of Things in 2020