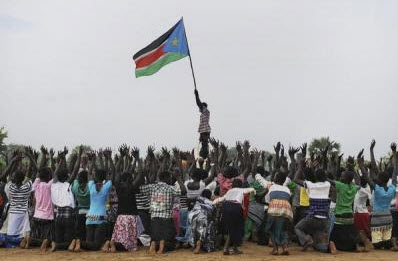 History suggests that US support for South Sudanese independence has less to do with democracy and justice than oil reserves.

In July 2011, South Sudan declared independence from Sudan, concluding a lengthy, costly and painful battle for self-determination. It was an exciting and long-awaited occasion, and not just for South Sudan. The US, an instrumental actor in the secession, was among the first countries to extend its congratulations to the new state. A stirring press release from President Obama – invoking, not for the first time, Martin Luther King – celebrated “the light of a new dawn” after decades of civil war.

“I am confident that the bonds of friendship between South Sudan and the United States will only deepen in the years to come”, read the statement. “Together, we can ensure that today marks another step forward in Africa’s long journey toward opportunity, democracy and justice”.

At a Washington development conference in December, Secretary of State Hillary Clinton warned the new president, Salva Kiir Mayardit, of the possible ‘resource curse’ of oil-rich countries and emphasised the need to avoid allowing wealth to be siphoned off by foreign powers and corporations. At the same time, however, the US has moved to accelerate resource exploitation in the region, adroitly sidestepping its own sanctions on Khartoum to declare South Sudanese oil ‘open for business’, and has sent US officers to manage ‘strategic planning’ in the country.

As the contours of this ‘bond of friendship’ become increasingly clear, it is worth looking at the long and complex history of US engagement in Sudan and South Sudan. Analysis of the US-Sudan relationship in mainstream media often takes 2003 and the much-publicised ‘Save Darfur Campaign’ as its starting point, as if the eccentric coalition of evangelical Christians, humanitarian lobby groups and George Clooney represents day one of US involvement in East Africa. The history of US-Sudan relations in fact goes back much further and presents a problematic counter-narrative to Obama’s “new dawn”.

A more appropriate starting point may well be 1978, when the American oil major Chevron discovered oil in Southern Sudan, at that point an autonomous region within Sudan. An uneasy and short-lived peace between North and South was broken when the US-backed and Chevron-friendly dictator, Gaafar Nimiery, moved to redefine regional boundaries to bring the oilfields under Northern control. In 1983, Nimiery revoked the South’s autonomy, dissolved its regional government and instituted Sharia law, resulting in the formation of the militant Sudan People’s Liberation Movement (SPLM), and the return of war.

The US continued to back Khartoum with aid over the next decade, even as the Islamist regime that replaced Nimiery enslaved, murdered and repressed thousands of Southern Sudanese. The SPLA, who mounted attacks on Chevron oil fields, were seen as hostile to US interests. But in 1989, President al-Bashir broke from the US over the Gulf War, prompting the US to transfer allegiance to the Southern rebels. They provided support via the Ugandan president Yoweri Museveni, at that time lionised in the West for his zealous co-operation with IMF structural adjustment. US President Bill Clinton, in 1993, added Sudan to his list of ‘state sponsors of terror’ in, and quietly funnelled arms to Ethiopia, Eritrea and Uganda to help push the rebel cause, hoping to destabilise a Sudan regime pursuing an anti-US agenda.

In the wake of September 11, US interest in Sudan took on a new perspective. Sudan became a front on which two interrelated US objectives could be played out: combating Islamic terrorism, and ensuring energy security beyond an unstable Middle East. The well-publicised 2005 Sudan Caucus and associated ‘Save Darfur Campaign’ created a humanitarian platform for US intervention. A less altruistic lobby had been informing US policy on the region, however, since 2002.

Taking its lead from Dick Cheney’s report on energy security, the neoconservative think tank African Oil Policy Initiative Group published an influential white paper in 2002, positing African oil as a strategic priority for the US. It recommended that the US reduce oil reliance on an unstable Middle East “by actively participating in the creation of a new zone of security and prosperity in a part of the world receptive to American presence”.

In 2003, the conservative Heritage Foundation set out a more detailed blueprint for what this “active participation” might look like. Their report, ‘US Military Assistance to Africa: A Better Solution’, advises the creation of a US military command to advance security objectives in the region, co-ordinate anti-terror campaigns and, crucially, encourage “prudent management of the continent’s vast natural and mineral resources”. African oil, it argues, is a geostrategic imperative – in that it provides 25% of all US oil – which can only be secured through a systematic military presence. The US therefore “must not be afraid to employ its forces decisively when vital national interests are threatened”.

Sound familiar? In 2007, the Bush administration – which included several Heritage Foundation members – announced the inception of AFRICOM, taking on board most of the Foundation’s recommendations to establish an integrated command in Africa, with forward operating bases across North Africa and Cooperative Security Locations in Gabon, Uganda and Senegal. The placement of these bases gives the US a presence spanning the oil and resource-rich Gulf of Guinea and West Africa, as well as a stronghold in the volatile North.

Obama’s administration has continued and expanded the initiative. Last year’s Libya intervention was an opportunity for AFRICOM to flex its muscles, and the Washington Post recently revealed a secret constellation of new drone bases across the continent. US military officers have been authorised to oversee and secure the independence process in South Sudan.

AFRICOM is just another step in the inexorable harmonisation of US military and economic interests in Africa. It operates as a sort of imperial policeman, protecting strategic interests on the continent and making regions safe for American capitalism, with military force, if necessary. At a conference in 2008, Deputy Commander Robert Moeller admitted that the guiding principle of AFRICOM was “securing the free flow of natural resources from Africa to the global market”. US involvement in South Sudan’s independence must be read within the context of this mission.

The US has not, for all Obama’s lofty talk of noble struggle, been an historically consistent supporter of South Sudanese independence; its shift in allegiance from Khartoum to the SPLM has been guided by expediency and the vagaries of US strategic interests. It is the right time and place for a US-friendly, oil-rich region to secede from a quarrelsome Islamist parent. But the ‘new dawn’ of South Sudanese independence bears the long shadow of US intervention and the dubious promise of further strategic interest. 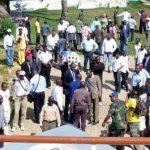 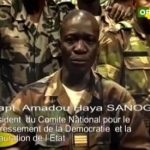