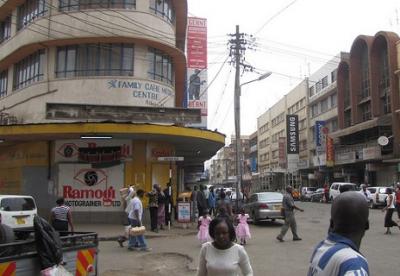 On the streets of Nairobi. Photograph by Matthias Kihr.

All dressed in black and adorned with piercings, a small but growing community of goths is one manifestation of the new cultures and subcultures emerging in Kenya.

David Lith is a tattoo artist working out of Nakuru, the third largest urban centre in Kenya. On weekends he embarks on a two-hour journey on a minibus known as a matatu to the capital, Nairobi. There he works extra shifts in a couple of larger tattoo parlours that service the city of over three million people. In both the capital and in his hometown, David sticks out.

I meet him at The Goth Shop, a clothing store and tattoo parlour housed in a mall in the affluent Westlands neighbourhood of Nairobi. The very existence of this shop is noteworthy – it is fairly unusual to hear rock music in bars or shops in East Africa, much less experience anything related to goth culture. For some, old Dolly Parton and Jim Reeves cassettes in supermarkets remain the closest thing to even “rock culture” available in the mainstream.

David is acting as my guide, taking me on a tour of the awkward little tattoo parlours, shops and bars that occasionally host the itinerant goth population of East Africa’s regional hub. A profile in local newspaper The Star estimated that Nairobi’s goth scene extends to about 300 people. Clothed head-to-toe in black and adorned with multiple piercings, David attracts many stares from passersby as we walk around the centre of town. Most are curious or entertained, a few fearful or openly hostile, but whatever the reaction, David does not seem to mind too much.

It is rare to see much about Kenyan youth culture in the media. Most international news stories focus on the plight of the young and unemployed or the demographic trends that promise perhaps the largest generation of 15-to-24-year-olds in history. Especially amidst a lack of jobs for many, commentators ask: How can this generation be harnessed to drive growth? And how can we avoid the kind of disenchantment that could potentially lead to unrest and even violence?

These are good questions addressing important economic and political dynamics, but in these narratives, the dimension of culture ought not to be neglected. There are dramatic cultural differences between this youth generation and their predecessors. This is a generation which is less concerned with tribal loyalty than their parents, and which is looking to forge a new, contemporary identities. Whilst the notion of tribe has driven most of Kenya’s post-independence politics, young people born and raised in urban centres have stopped speaking in quite the same terms. In fact, many young Kenyans speak a wholly different tongue – an informal English-Swahili mix called Sheng – which is increasingly replacing their parents’ regional languages. And they are seeking identities in new ways, such as through purchasing power, consumer goods, nightlife, and other entertainment.

Some changes are occurring that are aiding this transition. Nairobi used to have such a serious reputation for crime that it earned the unfortunate moniker ‘Nairobbery’. In recent years, however, crime rates have begun to drop and excursions into the nightlife of the city are less fraught. There are various types of bars and clubs catering to the ever-growing youth population, who represent divergent attitudes on both culture and politics.

The meaning of style

Back in Westlands, a wall unit displays uniformly large, black, leather, metal and plastic boots. They appear heavy and warm, and are particularly at odds with the general trends of East African fashion.

“Once we sold a pair”, the clerk explains with a smile, “to a mzungu”, slang for a white person. “We sell mostly t-shirts, trousers, jewellery. These”, he says gesturing to the shoes “are too much!”.

The clerk himself is dressed in a plain t-shirt, jeans and trainers. He does not seem to buy into goth culture but enjoys the work well enough. “We have maybe seven or eight customers a day on weekends”, he reveals, “on weekdays it’s even less.”

Later, David takes me to see Taz (pictured above), a fashion designer who makes goth-inspired accessories and clothing. Taz has been a goth for several years and claims to be amongst the most committed members of the scene. He informs me that the interest in goth culture came about shortly after tattoos were popularised in the early 2000s through MTV and other Western music channels. Across the several parlours visited, most had at least one goth-influenced artist on staff.

Kenyan goths largely share an aesthetic rather than a strictly defined musical taste. Yet while their look is their most defining feature, many will take it on and off like a costume, only displaying their goth credentials in the safety that comes in numbers. Even in the tattoo parlours, stares and smirks at the goth artists are obvious. But while walking through town dressed as a goth is rarely a pleasant experience, those involved in the scene are hoping that that will change.

Thanks to the launch of a rock-heavy radio station, XFM, and an increasingly popular metal DJ called Van Doom, the number of young Kenyans partaking in goth culture seems likely to expand in the near future. While this means increased sales and a wider acceptance of his sub-culture, Taz expresses some reservations about the newest converts.

“There’s these young guys – let’s say posers – and then the older crowd. The older guys are relaxed, they just enjoy. Some of these kids are crazy”, he says.

Indeed, many people share stories of dangerous and sometimes harmful public behaviour emanating from the goth scene: the teenage goth who publicly self-harms at events in town, cutting himself and drinking so heavily people are forced to physically pick him up and put him in a taxi; or the young man who set himself on fire after watching one of the local metal bands playing, eventually dying of his wounds. Then there are the countless stories of goths becoming involved with the slum-based drug runners; use of ‘brown sugar’, a volatile mixture of heroin, marijuana and tobacco is reportedly on the rise.

While these stories could very well be distorted or entirely false, they do allude to the negative perception of goth culture in Kenya which has forced much of the scene to remain underground. Goths are seen as unusual, violent and anti-Christian. Most of the older goths are in fact practising Christians, but their attire is misinterpreted as an attack on traditional or conservative values, particularly by the older generation. Many bars are unwilling to host metal or goth nights because of the crowd they believe will be attracted. Events are planned and cancelled, moved and rearranged.

The negative public image of the goth scene also extends beyond the general public and is apparent in the attitudes of local authorities, at times with dramatic consequences. David used to have long hair, another way to stand out in a country where men tend to wear it very short. A couple of weeks before I met him, he was walking in town at dusk, waiting for the bus back to Nakuru, when a police car pulled over in front of him. The police approached him and asked to see his passport, which he was not carrying, before they accused him of looking like ‘an al-Shabaab’ – a Somali militant Islamist group responsible for several terrorist attacks in the region.

David denied this, stating that he was a Kenyan. The police then challenged him as to why he had untidy hair and facial piercings, preposterously claiming that these are hallmarks of Somali terrorists. They put him in their car and drove him to a nearby barber where they forced him to shave his head. They said that this would “stop confusing them”, and they told him to “dress like a decent person” in future.

When I first met David one of the first things I asked was whether he wore his preferred clothes all the time. I asked most of the goths this question and generally they admitted to travelling incognito, blending into the crowd. David, however, looked vaguely insulted at my question before replying, simply, “Me, I even wear this in Church”. 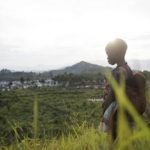 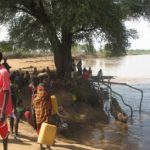