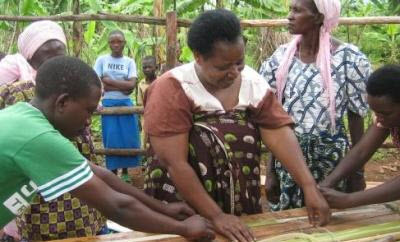 Women work banana fibre, which can be used to make cheap and sustainable sanitary pads.

Unable to access affordable sanitary care or facilities at school, schoolgirls are having to stay home during their period.

It is a widespread but unacknowledged problem that girls in Africa miss school and stay at home because of menstruation. According to UNICEF, one in ten schoolgirls in Africa miss classes or drop out completely due to their period, and substitute pads or tampons for less safe and less absorbent materials such as rags, newspaper or bark.

There are many aspects that link girls’ attendance rates to their menstrual cycles. Firstly, the lack of affordable sanitary products and facilities for girls and women keeps them at a disadvantage in terms of education when they are young and prevents their mobility and productivity as women. Secondly, the lack of clean and healthy sanitation such as toilets and running water means that girls often do not have anywhere to change or dispose of pads safely and in privacy at school. Thirdly, the taboo nature of menstruation prevents girls and their communities from talking about and addressing the problem; raising awareness and education to eliminate the stigma of menstruation is a large part of the battle.

UNICEF reports that “in countries where menstrual hygiene is taboo, girls in puberty are typically absent for 20% of the school year”. Most girls drop out at around 11 to 12-years-old, and miss school not simply because they fear being teased by their classmates if they show stains from their period, but also because they are not educated about their periods, and their need for safe and clean facilities is not prioritised. The idea that monthly bleeding is something shameful, polluting, or taboo may also encourage girls to avoid social contact during their period. Additionally, the cultural implications of menstruation as a stage in a woman’s development may be used to take girls out of school – the idea being that if a girl is ready for motherhood, then she is ready for marriage.

In parts of sub-Saharan Africa, where enrolment rates are among the lowest in the world, the pressure on girls to drop out around puberty is particularly strong. Menstruation is a reason for dropping out that can be added to the potential threat of sexual harassment from male teachers as girls develop. In either case, the result is girls lagging behind with schoolwork and performing badly.

Improvements in sanitation can go a long way to combating the problem. In particular, building toilets in schools enables girls to manage their periods more easily. UNICEF’s attempts to provide “girl-friendly” schools with clean toilets with running water have met with significant improvements in girls’ education. According to the New York Times, “in Guinea, enrollment rates for girls from 1997 to 2002 jumped 17% after improvements in school sanitation, according to a recent Unicef report. The dropout rate among girls fell by an even bigger percentage”. In Guinea, Nigeria and Ethiopia, the instalment of thousands of toilets, training of teachers and introduction of school health clubs have shown substantial gains in enrolment rates for girls and a fall in their dropout rates.

Steps have also been taken to address the needs for sanitary care in South Africa. In February this year, President Jacob Zuma acknowledged the need for pads in schools with a proposal that free sanitary towels should be provided to schoolgirls, although the details of this plan remain unclear.

At Mary Waters school in Joza, South Africa, where the $2 price of a packet of sanitary pads is out of the reach of many families, teacher Faith Coetzee has tried to combat the problem by having a stockpile of pads in the school that she funds herself. Alongside this, she hopes that establishing an education programme for girls aged 12-13 will encourage an open environment for discussing periods and how to manage them.

But simply providing pads does not solve the problem. Schools need places to put discarded pads, and the school is currently waiting for government distribution of sanitary towel bins. Coetzee makes the point that unlike condoms, which are free and easily available in school bathrooms and clinics, pads, tampons and other menstruation methods remain unaffordable and inaccessible for girls and women. While most people are able to make a choice about having sex, no girl can ignore or avoid the onset of menstruation.

Unsurprisingly, some corporate giants have dipped their toes into addressing the problem. Procter & Gamble, the owner of Tampax and Always, launched the campaign Protecting Futures in 2007 to provide girls in developing countries with sanitary care. Their project includes building toilets and installing incinerators as well as educating teachers and distributing free sanitary pads, acknowledging the critical fact that pads are no use if girls do not have private places to change or dispose of them safely. After starting the project in Kenya in 2006, they have expanded into Namibia and South Africa, and have installed clean water pipelines as well as a Health, Hygiene and Puberty education programme. According to P&G, Protecting Futures has reached 80,000 girls in Africa so far.

Despite the fact that these ventures sound promising, it is difficult to assess whether this is the right approach. For one thing, pads and tampons are expensive, and although P&G’s efforts have reached thousands of girls, their efforts alone cannot provide a sustainable solution to the lack of affordable products. Secondly, the waste they create is harmful for the environment, particularly as many African countries have poor waste networks and facilities. Lastly, there is a tension here between the fact that these supplies are badly needed and that these girls and women are forced to rely on a profit-driven corporate approach. P&G receive lower tariffs for their products from the Kenyan government – good for this project, but presumably with a view to opening trade in other areas with other products. There remains the contention that providing pads to African women and girls is merely exporting a Western culture of waste and overconsumption, which is neither sustainable nor desirable.

In East Africa, a new exciting project combines sustainable enterprise, employment, and education to address the lack of affordable and environmentally-friendly sanitary care. Unimpressed by the results of hand-outs, Elizabeth Scharpf has set up in Rwanda what she hopes will be an ‘eco-system’ for the local economy to tackle women’s sanitary needs once and for all. 18% of Rwandan girls miss, on average, 35 days of school every year due to ineffective methods for dealing with periods and the fear of embarrassment. The lack of education about periods is pervasive. Sharpf has been asked the same questions about periods by 35-year-old and young girls: what is happening to me, and why?

Helped by UNICEF, Scharpf has set up the Sustainable Health Enterprise (SHE) to combat the issue including through making eco-friendly pads from the use of banana fibre. The fibre is an absorbent material made from the trunk of the banana tree that is routinely chopped down after each harvest, and so is both eco-friendly and efficient. As well as providing employment for local men and women through the manufacture and sale of the pads, she is spreading information about periods via the sale of the products by health workers, and building safe and clean toilets. Scharpf, whose driving goal is to “equalize the playing field in terms of access to opportunity“, hopes to reach a million women with the SHE program.

As Scharpf says in an interview, “menstruation is one of those things that people don’t really want to have anything to do with“, and that most of the population is “left hanging after donation supplies run out”. Sharpf was helped by the fact that Rwanda is small, had existing networks of community health workers and women’s groups, and business-friendly policies – an unusually beneficial combination in East Africa.

In terms of establishing the large-scale infrastructure needed for sanitation, addressing the obstacles to girls’ education is a monumental challenge that needs to be met, requiring substantial research, resources and attention, not least from the governments in charge. Although the focus here has been on schoolgirls, the same issues apply for women, and unless this problem receives a higher profile, both girls and women will continue to be held back by something out of their control. 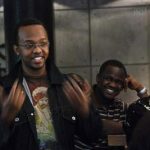 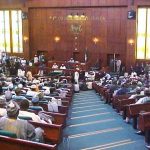