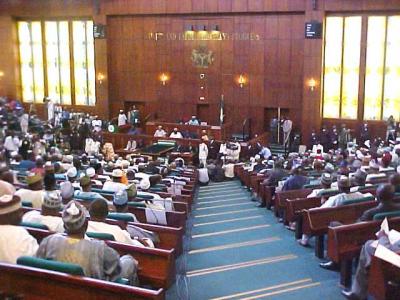 The campaign for press freedom in Nigeria has won a significant victory, but obstacles remain.

Nigeria’s new Freedom of Information Act passed into law at the end of May and official documents have already been released to the public under its provisions. The ratification of the law is a landmark achievement in the decades-long campaign by hardy lawyers, journalists and civil society campaigners to open up the country. But with a host of political and cultural obstacles already in view, their struggle will have to intensify if the promise of freedom of information in Nigeria is to be realised.

Speaking at a public meeting in Lagos last month, Nigeria’s great champion of accountability, Wole Soyinka, welcomed the bill as a challenge to what he called the “ingrained culture of impunity, where a lie is often not even considered necessary”. He said he looked forward to hearing “the undesired voice of the culpable, speaking in spite of them.”

Also celebrating were legal heavyweights such as Femi Falana, Ayo Obe and Chidi Odinkalu – “the people’s attorneys”, as the poet Odia Ofeimun recently called them. But they weren’t about to let the atmosphere of congratulation distract them into offering a comprehensive defence of the law. Even with the ink on President Jonathan’s signature still drying on the bill, it was clear that threats to de facto freedom of information will pile up thick and fast.

Babatunde Fashola and Babangida Aliyu, governors of Lagos and Niger states respectively, offered muddled responses to the new law. They gave the usual platitudes about good governance and transparency, and promised to “domesticate” the federal bill into their state law. Yet it was clear that this process of “domestication” across the states will in many cases involve the extraction of whatever claws ever existed in the paper tiger’s paws. Both governors were plainly worried that information released under the law might make them look bad – accountability, they seemed to say, was clearly a good thing, just so long as it wasn’t them being held accountable.

Fashola was a top lawyer before entering politics, and really ought to have recognised his jumbled formulation, addressed pointedly to the journalists present, that “rights end where responsibilities begin” was awkward.

This met with the just scorn of the people’s attorneys, who pointed out repeatedly that the law places no responsibility whatsoever on journalists, and that the right of access is in no way related to the behaviour of the media. Try as they might, the lawyers just can’t convince the politicians that this is anything other than a “press law”. When Obasanjo blocked a previous draft of the FOIA in 2007 it was widely seen as a parting shot against the Nigerian media, and now that the law is finally on the books, even reformists like Fashola have been lining up to establish a direct trade-off between the right of access to information and “responsible” conduct in the media. In this way, the new law could be used as yet another way for government to reign in an already quiescent mainstream media.

This kind of rhetoric even emanates from attorney general Mohammed Adoke’s representative, a worrying sign when the law vests ultimate responsibility for its observance with the attorney general’s office. Quite what business Adoke’s man had in mind speculating on journalistic propriety is unclear.

Still, the first documents have been released into the public domain, and, tellingly, the very first request for information under FOI was aimed at the Economic and Financial Crimes Commission (EFCC). It turns out that the controversial EFCC head Farida Waziri was not quite telling the truth about her credentials when she landed her job. And Olasupo Ojo, president of the Committee to Defend Human Rights (CDHR), who with his lawyer Bamidele Aturu secured the release of information relating to Waziri’s rank, has pushed on with another request regarding the EFCC head, who he accuses of smearing him. This second case has gone to court. Ojo wants Waziri to name the source of allegations made against him, suspecting that none exists.

These early FOI skirmishes – pitching two ostensibly pro-citizen organisations against each other – may eventually amount to a major scandal for the embattled Waziri, but they are some distance from the epic test of FOI proposed by Wole Soyinka. Last month Soyinka challenged journalists to seek disclosure over the Yar’Adua affair, the modern mystery that still sits at the centre of the Nigerian political landscape.

“Were the documents signed by a dead man?” he wondered, pointing out that it might be interesting to compare the dates of, say, a presidential death certificate, with those at which certain resource contracts were signed by Yar’Adua.

Yet even as he laid down this challenge, Soyinka – who remembers a time when General Babangida’s men would simply steal entire print-runs of critical newspapers – pointed out that even in countries with relatively strong legal and political institutions, such as the United States and Britain, freedom of information is still limited as a tool by which citizens can effectively scrutinize public officials.

Experienced fighters for the opening up of Nigerian society have seasoned their optimism with the kind of realism that comes from long years of more or less fruitless campaigning. Kunle Ajibade, the publisher of TheNEWS who was jailed for three years under Abacha, warns that what he called “the Nigerian factor” had to be taken into account.

“This is a country where rogues and villains will come to you and smile like saints and angels”, he said. “We permit a lot of rubbish in this country.”

Ajibade sees the law as a good first step in challenging, at least symbolically, what he described as “a culture of secrecy and permissiveness”, but said he expected public officials would do all they could to prevent truly damaging disclosures from ever coming to light. He is, however, wary of vesting too much hope in the letter of the law when in practice it has so often proved an obstacle of increased press freedom. 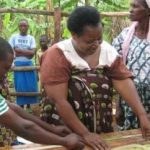 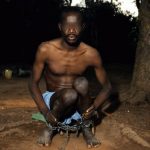