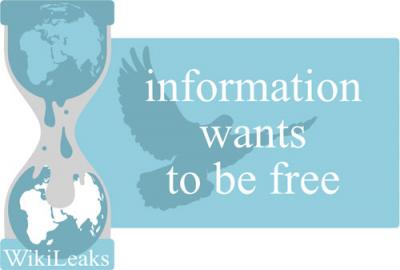 Wikileaks cables concerning Somalia’s civil war give an insight into the political players involved in this conflict.

Wikileaks cables on Somalia document important and previously undisclosed sentiments expressed by members of the international community on a range of issues. Unearthing uninhibited discussions about the 2006 Ethiopian intervention, the reputation of the Transitional Federal Government (TFG), the sanctions on Eritrea, and the World Food Programme’s activity in the country, these once confidential communications reveal the more private beliefs and interesting dynamics behind the statements and positions taken publicly.

The 2006 Ethiopian intervention in Somalia

In December 2006, the Ethiopian army entered Somalia to fight alongside the TFG against the Union of the Islamic Courts (UIC). At this point, the UIC had control over large sections of Southern Somalia.

In public, USA’s Bush administration consistently denied that it encouraged Ethiopia to cross the Somali border. In an interview with Al Jazeera, Jendayi Frazer, the US Assistant Secretary of State for African Affairs, said: “I have said many times that we counselled Ethiopia not to go into Somalia, but Ethiopia went in for its own security interest, which we understand. They also went in on the invitation of the Transitional Federal Government.”

However, the wikileaks cable dated June 2006 appears to contradict these statements. In the cable, a member of the United Nations Mission for Ethiopia and Eritrea reports a meeting between Frazer and another US official. Frazer is reported to have said that a victory for the UIC would represent the “worst scenario” for the US. He explains:

“This scenario would pull in Ethiopia which, through a rapid in and out intervention, would strike before UIC could get to Baidoa (headquarters of the TFG). While the US fears this type of reaction, it would rally with Ethiopia if the ‘jihadist’ took over.”

This comment suggests that although in the past the US and Ethiopia disagreed on how the Somalia conflict should be resolved, at this particular moment, the unprecedented military successes of the UIC had led the US into a change of policy whereby “any Ethiopian action in Somalia would have Washington’s blessing”. Concerned about potential threats to their own security under a jihadist and ungoverned Somalia, the US appears happier for Somalia’s neighbours to interfere in Somali sovereign affairs than they publicly let on.

In official UN reports, open criticisms of the TFG are rare. The emphasis is on empathy, stressing the difficulties that the government has to face while operating in Somalia’s challenging environment. By contrast, the wikileaks cables contain many instances of countries complaining about the TFG’s inefficiency.

In a cable leaked from the London embassy, dated December 2008, a British government representative expresses doubts about the Djibouti Peace Process, the agreement which led to the TFG replacing the former Transitional National Government. Britain is reported to have said that there is a “more than 50% chance that the Djibouti Peace Process will fail”. Even if the initial peace process were successful, the British government doubted the new government would be able to build state institutions. “A more likely outcome, HMG (Her Majesty’s Government) assesses, is a situation similar to medieval Italy, where different actors control and secure small pockets around the country,” the cables report.

Another cable, recording an experts meeting in Berlin in November 2009, acknowledged that “the participants expressed frustration with the TFG”. Sweden, in particular, commented that the ministers “were not performing and the TFG has no strategy whatsoever”.

The TFG was also criticised by neighbouring Djibouti and Uganda. In a meeting between the US Deputy Assistant Secretary and the Djibouti Foreign Minister in December 2009, the latter is reported to have said that the government is weak and that Djibouti is privatively pressuring the TFG to be more proactive and deliver basic services in order to gain more credibility amongst the population. Similarly, the Uganda representative affirmed that the TFG should be more concerned with obtaining the support of its population than the international community: “The TFG should focus on fostering patriotism not seeking helicopters.”

In a cable detailing a January 2010 meeting between Condoleeza Rice and the former UN Special Representative for Somalia (2007-2010) Ahmedou Ould-Abdallah , the latter questioned the government’s efficiency after it failed to ratify a constitution after more than 5 years. The constitution draft was finally completed on June 10, 2010. However, this is considered only a draft to “stimulate public debate”, and not the final version which the population could vote on.

It is perhaps not surprising that international governments have been reluctant to be outwardly critical of the weak and troubled TFG, but the cables point to a high level of frustration and discontent the extent of its inefficiency and failures to build effective institutions.

In the cable on the January 2010 meeting, Ahmedou Ould-Abdallah accused the World Food Program (WFP) of choosing to suspend its operations in Somalia because it had become too reliant on payoffs from Al Shaabab, the rebel militia group with links to Al-Qaeda. Ould-Abdallah is reported to have said, “The WFP was being manipulated after becoming ‘too close’ to Al Shaabab, so it used the convenient option of withdrawing to escape from US legislation so as not to be embarrassed”.

Upon being questioned on the matter, the WFP told Think Africa Press:

“Our policy was, and remains, that the WFP does not make any payments to armed groups in Somalia, including Al Shabaab. In fact, at the time of our suspension in the south of the country in early January 2010, we had to pull our staff out because we refused the repeated demands from Al Shabaab for payments for security. Therefore our staff were being harassed. From 2008 to 2010, the lives of 14 relief workers were lost.”

Another issue emerging from the cables is the dispute on the sanctions imposed on Eritrea for its alleged support of Al Shabaab. In general, the US and UK appear in favour of sanctions. Eritrea is considered “extremely malignant” or a “spoiler” in the region. However, other European countries, by contrast, seem more reluctant to implement sanctions. In a meeting held during November 2009, an Italian representative said that Italy did not want to create “another Afghanistan”, according to the wikileaks cables. A Swedish representative argued that the pressure for sanctions would be more effective than the sanctions themselves.

However, in December 2009, the UN imposed sanctions on Eritrea, with all the permanent members of the Security Council voting in favour, apart from China who abstained. The sanctions were justified by “findings that Eritrea had provided support to armed groups, undermining peace and reconciliation in Somalia and that it had not withdrawn its forces following clashes with Djibouti in June 2008”. It was decided that an arms embargo, travel restrictions and a freeze on the assets of political and military leaders should be put in place.

On December 5 2011, the UN re-enforced the sanction against Eritrea, accusing the country of supporting armed opposition groups, including Al Shabaab, and undermining the reconciliation process in Somalia and the region.

Somalia has been a black hole in the international diplomacy chessboard for long time. However, after 9/11 the country has increasingly acquired importance in the US-led War on Terror because of Al Shabaab’s proximity to al-Qaeda. Now that neighbouring countries such as Kenya and Ethiopia have made a step into the Somali territory it would be no surprise to see a release of noisier cables in the near future.