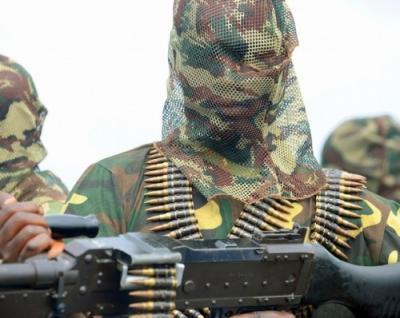 Boko Haram’s name translates as “Western education is religiously forbidden.” The group also asserts that only an Islamic state can be legitimate. This ideology has justified their assaults on the representatives and institutions of the Nigerian government.

The group came to public view in July 2009, when it took revenge for the arrest of several of its members by attacking police stations in Maiduguri, the capital of Borno State. Hundreds died in the ensuing conflict before the Nigerian army smashed Boko Haram. The movement’s leader, the preacher Muhammad Yusuf, died in custody, and Boko Haram faded away for a time. But in September 2010, Boko Haram freed scores of imprisoned militants in a jailbreak.

Since then, teams of Boko Haram gunmen on motorcycles have killed dozens in Maiduguri. Assassinations have targeted police officers, rival clerics, and – if the group’s latest statement can be believed – major politicians. According to posters that appeared this week in Maiduguri, Boko Haram was behind the January 28 shooting of Modu Fannami Gubio, a candidate in April’s gubernatorial election.

RELATED POST:  Nigerian Elections 2011: Goodluck May Need to Live up to His Name

Officials have disputed Boko Haram’s role in the incident, but if Boko Haram did kill Gubio then the murder represents an explicit foray by the movement into electoral violence and shows that they are selecting higher-value targets. Gubio hailed from the All Nigeria People’s Party (ANPP), a national opposition party that currently holds the governor’s seat in Borno State. Gubio was widely expected to win the race, and his death has shaken the political establishment there. Spooked lawmakers have kept the state House of Assembly in adjournment, and politicians are seeking increased security.

National authorities acknowledge the threat Boko Haram poses. Inspector-General of Police Hafiz Ringim told his subordinates that Boko Haram and the Muslim-Christian violence in Plateau State are currently the two biggest challenges for security forces. The Vice President has promised quick solutions to both conflicts.

But will it be possible to manage the crises simultaneously? The conflict in Plateau State, which has claimed some 200 lives since Christmas Eve, is demanding greater and greater involvement from the federal government, including the recent deployment of 870 soldiers.

With citizens protesting and activists calling for the governor’s resignation and/or the declaration of a state of emergency, violence in Plateau State has caused a political as well as a security crisis. As matters deteriorate there, it could become harder for the federal government to summon the manpower and the political will to put down the unrest in the northeast.

That is why Boko Haram’s threats of war, which are far from idle, represent such a scary prospect for Nigerian authorities. The situation is already serious. An escalation of violence, with elections just two months away, could be a nightmare.

Who Aids Whom? Exposing the True Story of Africa’s $192 Billion Losses