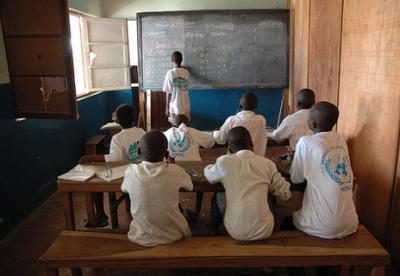 A centre for children accused of witchcraft in the Democratic Republic of Congo. Photograph by Julien Harneis.

Witchcraft allegations typically target the most vulnerable in society. But how can beliefs “as strong as iron” be tackled?

Being accused of being a witch or sorcerer has never been a comfortable business. Europe and the Catholic Church probably take the price for the nastiest witch-hunts in history, today some of the worst places to be accused of practising black magic are in Africa. The catastrophic and often violent consequences for the mostly innocent victims beg the question of what a government can do to curb and manage witchcraft allegations.

“In the countryside, people’s belief in witchcraft is strong like iron”, explains Sessouma Daouda, who works for the social ministry of the government of Burkina Faso, to Think Africa Press. But this belief expresses itself differently depending on the social context. “As a child my parents would point out certain old people in our village and tell me they are witches and sorcerers, that we shouldn’t play in front of their houses.” This is fairly typical of the mild social exclusion found all over the world that mostly affects those people not seen to be complying completely with certain social norms.

But in one part of Burkina Faso, witchcraft accusations can lead to a decidedly more brutal outcome. On the central ‘Mossi Plateau’ around the capital Ouagadougou, accusations frequently lead to mistreatment and violence against the accused. This can ultimately lead to eviction and the cutting of social bonds.

Often it is an event such as the death of the member of the community that leads to accusations of witchcraft. “In the villages, there is no ‘natural death’. You always have to find out who is behind the death”, explains Awa Nikièma, warden of the ‘Cour de Solidarité’, a government-run institution in Ouagadougou that acts as refuge for those accused of being witches.

Guilt is often established in a ritual called Siongo. The deceased is carried, feet pointing forward, on the heads of two young men. The carriers enter a state of trance and are believed to be ‘guided’ by the spirit of the dead to his or her murderer.

Season of the witch

Interestingly, those accused of practicing black magic and driven out of their communities overwhelmingly conform to a relatively specific profile, says Sessouma Daouda, who has conducted research on the subject. “They are mostly female, poor and without family support. 99% of them are Mossi and old.”

But the typical profiles of accused persons can be different in different places. In Kinshasa, capital of the Democratic Republic of Congo, accusations are mostly levelled against children. NGOs in the city estimate that as many as two thirds of all of the city’s tens of thousands of street children have been chased away from home due to witchcraft allegations. Meanwhile, in areas of the Central African Republic and Angola it is again mostly old women who are accused, even though there are increasing reports of child accusations in the former.

The fact that witchcraft accusations tend to be fairly uniform in specific areas begs the question of whether there isn’t a deeper social mechanism at work in superstitious beliefs than the mere searching for explanations when the seemingly inexplicable happens.

For Burkina Faso’ minister for human rights, Albert Ouedraogo, the connection is clear. “In regions where there is high demographic pressure, the reaction to witchcraft accusations is violence and eviction”, he says.

“It is the poor, practically isolated women, who are the victims in 90% of all cases. In the majority the cases, they are women after their menopause, who are widows, who are poor, who have no support, and of whom you want to rid yourself, because they have become a useless mouth to feed, in a context of high poverty.”

This would also explain the discrepancy between the Mossi and other ethnic groups in Burkina Faso. While the south of the country is quite fertile and the north is only sparsely inhabited, the central Mossi Plateau is at the same time densely populated and, due to a lack of rain, not overly productive. And in the agrarian society of the Mossi, old women are often seen as the least economically productive members of the community.

A similar case could be made for Kinshasa. As a result of the series of brutal wars that rocked the DRC from 1996 to 2003, many families were left not only with their own children to care for, but also those of deceased relatives. With too many mouths to feed, identifying a witch among children can not only make one’s ‘bad luck’ more explicable, but also ease an economic burden and offer an easier solution than trying to address the politics or armed groups actually responsible for many of the problems. Additionally, the use of child soldiers by many armed groups in the DRC (and, for that matter, the Central African Republic) deeply disturbed the social bonds between society and its offspring.

For the accused, being cast out of their home and social network is often catastrophic, especially because it is typically the most vulnerable of society that are targeted. For states and governments, witchcraft allegations raise both questions around their monopoly of power and of how to deal with the victims.

Burkina Faso and the Central African Republic can be seen as two opposing models in that sense. While Burkina Faso – mostly due to the advocacy of a few dedicated individuals – has prioritised the protection of the accused since the mid-1990s, the Central African Republic still carries on with the French colonial attitude of treating witchcraft itself as a crime and trying to institutionalise the process of accusation and trial.

Both the British and the French colonial rulers introduced laws against witchcraft, but while the French only punished the practice of witchcraft, the British also suppressed witchcraft allegations – no matter if you were accusing others falsely or claimed to be a witch yourself.

Burkina Faso abandoned the French law in the 1990s, but failed at the time to introduce a law banning witchcraft accusations. Instead, the government set up a series of institutions like the Cour de Soldiarité and otherwise relied on laws against communal violence and forceful eviction to punish the perpetrators of witchcraft allegations.

This approach has proven to be insufficient. “For me as an activist, who has worked on the issue for three years”, says Sessouma Daouda, “the victims are not sufficiently protected.” Many of them, for example, do not know how to deal properly with the police and courts. If they even approach law enforcement, Sessouma told Think Africa Press, they are often turned away because they only tell the police about the witchcraft allegations and fail to sufficiently stress other crimes that happened as a consequence of those accusations.

But the lack of specific jurisdiction has made some of the more motivated and interested persons in government services creative, says Sessouma: “One prosecutor in Yako told me that they have found a solution. If a woman who has been accused comes to him, they give the instigator a fine of 50,000 or 100,000 CFA ($100 or $200) for disturbing the public order. He said it works well. It discourages accusations.”

But neither Sessouma Daouda, nor Awa Nikièma of the Cour de Solidarité thinks that such piecemeal solutions are sustainable. The ministry for social affairs therefore developed a new strategy for the protection of those accused of practicing witchcraft. It is an ambitious document, calling for educational activities reaching 80% of the Burkinabé population and a new law that punishes witchcraft accusations on a national level.

By contrast, the Central African Republic has kept its colonial-era law and, contrary to some other African states, is making frequent use of it. According to a study by UNICEF, about 25% of all cases brought to court in the capital Bangui and 80-90% of all cases in rural areas are witchcraft-related. 70% of all prisoners in Bangui central prison are incarcerated because of witchcraft accusations.

In theory, an argument can be made for the punishment of ‘black magic’ in African societies. Witchcraft is not only believed in, but also actively practised all over the continent and the anecdotal and factual evidence of malign witchcraft practices abounds. Completely doing away with recognising witchcraft as a crime therefore bears the real risk of lowering the trust in the judicial system and driving the practice of punishing witches underground; after all, in the eyes of much of the population, somebody has to protect them from the evil intentions of witches and sorcerers.

But this risk is probably worth it if one looks at the problems associated with witchcraft-related trials. How do you prove that somebody is involved with the supernatural? In the Central African Republic, the answer is simple: You just ask somebody else who purports to wield similar powers.

The appearance of féticheurs and traditional leaders in witchcraft trials as witnesses is considered normal and their testimony often bears enough weight to lead to a conviction. Additionally, the accused also frequently confess to their alleged crimes – in many cases the result of earlier mistreatment, fear, and the belief that a confession might lead to a chance to return into the community.

Awa Nikièma is flabbergasted when she is told about the practices surrounding official witchcraft trials in the Central African Republic: “That is hard…If my neighbour gets on my nerves and I want to get rid of her, I [can] just say she is a witch. I’m against that.”

But the Burkinabé approach, while certainly miles ahead of the Central African one, has its own challenges. Among them comes the price tag: it would cost more than €2 million ($2.7 million) to implement the new strategy according to the ministry. With Burkina Faso being one of the poorest countries in the world and with many competing problems to deal with, it is far from clear the money will be found in the government budget or from donors. “[The witchcraft issue] isn’t really the first of priorities at the moment”, admits Minister Ouedraogo when asked about the chances of financing.

The most important part of the strategy is judged by all three interviewees to be the new law banning witchcraft allegations. This theoretically costs little money, but faces other hurdles. Members of parliament might be difficult to convince to vote for the protection of alleged witches, according to the minister. “There is one member of parliament, who told me that he has himself chased away a witch with a pistol. A member of parliament!”

It is also worth asking whether a sustainable solution to the suffering produced by witchcraft accusations can even come from attacking witchcraft related practices at all. As has been established, these accusations are largely a function of underlying social issues like poverty, low levels of education and insecurity. In the long run, Minister Ouedraogo agrees, “if you want to reduce the belief in witchcraft, you must reduce the mortality rates of children, the misery and ignorance”. 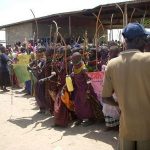 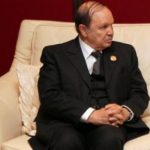