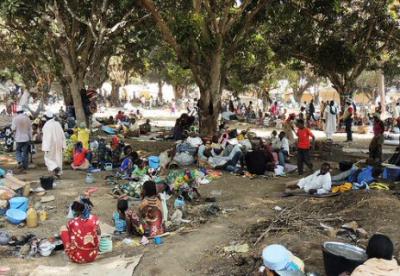 Refugees from the CAR in Cameroon. Photograph by EC/ECHO/Anouk Delafortrie.

CAR violence has been painted in largely religious terms, obscuring deeper dynamics. But these more complex aspects must be recognised if resolution efforts are to be effective.

For the past several months, the United Nations, France, and other international groups have been warning the world that the Central African Republic (CAR) is facing widespread religious violence that could take on genocidal proportions. Thousands have been killed, Muslims have been fleeing the capital Bangui in droves, and there has been no shortage of stories about brutal close-range communal violence.

However, as starkly sectarian as some of the fighting has been, the conflict is far more complex than just some kind of deep-rooted Christian-Muslim enmity bubbling to the surface. After all, although the country has been notoriously unstable since gaining independence from France in 1960, communal violence of this nature and severity is unprecedented. In fact, there has previously been little or no history of specifically religious conflict in the CAR.

The conflict has deeper and different roots and it is only by understanding these that the appropriate measures can be taken to stem the conflict and ensure it does not reignite a few months or years down the line.

In March 2013, then-president François Bozizé was ousted by Séléka rebels, a loose coalition from the north of the country. Michel Djotodia, their self-appointed leader, took over as transitional president.

Djotodia was the first Muslim leader of the mostly Christian CAR − Muslims account for approximately 15% of the population − and the Séléka mostly comprises of Muslims from the north, though bolstered by some Chadian and Sudanese mercenaries.

Under Djotodia, the Séléka engaged in looting, rape, and murder of civilians. In response, various communities formed self-protection brigades. These so-called anti-balaka forces are believed to be mostly Christian, but their origins and leadership are largely unknown − some speculate that former president Bozizé and his supporters control more than half the forces.

The anti-balaka clashed with the Séléka on many bloody occasions, and amidst a rapidly deteriorating security situation in which nearly a million were displaced and thousands were killed, Djotodia was eventually forced to resign by regional leaders in January 2014. Catherine Samba-Panza, formerly mayor of Bangui, was selected to be the new transitional president two weeks later.

Since then, the anti-balaka have been accused of continuing to attack former Séléka rebels and completely unrelated Muslim civilians, seeking revenge for the atrocities committed during Djotodia’s brief rule. Some of the anti-balaka militias have been particularly brazen in their attacks; in one instance, for example, they beat and stabbed a suspected ex-Séléka rebel to death in front of journalists directly after a press conference in which the newly-inaugurated Samba-Panza had called for an end to the violence.

Because of the way fault lines have formed over the past year or so, with Muslims and Christians seemingly on opposite sides of an escalating conflict, many have depicted this conflict as sectarian in nature. This reading seems unlikely to be the whole story, however, given that the CAR has no significant history of sectarian conflict or deep-seated religious enmity. Indeed, many Central African political and religious leaders have repeatedly asserted that it is insecurity and a fight for power that is driving the conflict rather than religious divisions.

Furthermore, by looking over the past 30 years in the CAR, we can see there has been a trend towards the politicisation of ethnicity, not religion. For example, former president André Kolingba (1981–93) explicitly rewarded his ethnic group, the Yakoma from southern CAR, with patronage and support. His successor, Ange-Félix Patassé (1993–2003) in turn dismissed the Yakoma and rewarded his own supporters from the northwest, mostly Sara-Kaba, with government positions and patronage. And Bozizé, who deposed Patassé and also came from the northwest, gave clear preferential treatment to the Gbaya.

Kolingba, Patassé, and Bozizé all favoured different groups and politicised identity, but awarded privilege based on ethnic not religious terms. After all, all three were Christian.

This is not to say that there hasn’t been religious tension in the country. In 2012, for instance, the US State Department noted that some repression of Muslims was taking place. However it also concluded that such actions were not organised or sustained at any mass level.

Historically, religion has been far less important than regional and ethnic antagonisms. Throughout the 2000s, and especially after Bozizé came to power in 2003, the Central African government was routinely unable to secure the north. It faced repeated challenges from rebels supporting the deposed Patassé as well as incursions by neighbouring − in particular Chadian − rebels and bandits. This north-south insecurity contributed to growing rivalry between the Yakoma and the amorphous northerners who − in the eyes of their southern compatriots − increasingly became seen as being foreigners.

This pattern of government weakness, ethnic favouritism, regional neglect, and foreign interference created a perfect foundations for the current conflict, which became coded in far simpler religious terms. And this new narrative is spreading. According to a local report from Berbérati, located in south-western CAR, there was never a problem between Muslims, who make up approximately one-third of the city’s population, and Christians until the past few months. Now, Muslims are fleeing the CAR’s third largest city in droves.

It is important not to mischaracterise the conflict as purely religious and to ensure we fully appreciate the complex social, economic and regional dynamics underpinning the current violence because without this deeper understanding, attempts to truly resolve it run the risk of being inadequate and even inappropriate.

For example, if efforts to end the conflict focus purely on religious mediation and ignore the underlying causes, any resolution cannot hope to be durable and lasting. Mislabelling conflicts can also exacerbate and inflame tensions, creating a self-fulfilling prophecy, and events in Berbérati and elsewhere may reflect this dynamic.

Finally, describing the conflict as sectarian or based purely on ideological divisions between non-state actors obscures the fact that some groups or wily individuals may in fact be benefiting − whether economically, politically or otherwise − from a chaotic and ungoverned CAR.

Religious identity is important in the Central African conflict and has become an increasingly important marker to those involved. But the violence doesn’t originally derive from these identities and the conflict is about far more than just religion. Any efforts at resolution or intervention must reflect that. 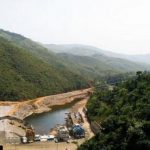