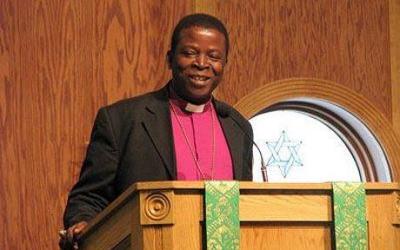 As the Anglican Communion faces the looming threat of schism, the Church of Nigeria finds itself courted by both sides.

With 18 million members The Church of Nigeria is the Anglican Communion’s second largest province after the Church of England itself, and its fastest growing one. It boasts the President of Nigeria, Goodluck Jonathan, among its congregation. However, the relationship between the Nigerian Primates and their mother Church has not lately been a happy one.

The opposition of Nigerian Bishops and their congregations to any softening of attitudes towards homosexuality has made them increasingly uneasy with the notion of being in full communion with overseas churches which allow – in their view – an unacceptable latitude in sexual matters. The size and faithfulness of this province means that in any ensuing schism, to be able to claim communion with the Church of Nigeria will be invaluable for a body seeking to present itself as the genuine inheritor of the Anglican tradition. As British, Australian and North American churches fight within themselves over the status of women Bishops and active homosexual clergy, the Church of Nigeria, along with the other African provinces such as South Africa, Tanzania and Uganda, finds itself courted by traditionalists and reformists, Anglo Catholics and Evangelicals, as a fountain of legitimacy for whatever schismatic or unifying agency can claim it. In an extraordinary moment of thwarted ecumenicism the low church, evangelical, and frequently anti-Catholic African Anglicans even found themselves rejecting an advance by Pope Benedict XVI, who wanted to bring them into his newly formed Personal Ordinariate, where they would have been permitted exceptional latitude in liturgy and practice, including the ordination of married men.

The irony of this is that the Church of Nigeria itself is relatively untroubled by internal dissent. The old debates between Anglo Catholicism and Evangelism which wracked British and North American Churches in the 19th century barely touched the African Provinces, where Anglicanism was always defined by its distance from both the Catholic Church on one side and the Baptist and Pentecostalist movements on the other. In the 20th century the Church seemed contentedly traditionalist on the ordination of women (which they do neither practice themselves, nor oppose in other Anglicans) and collectively conservative in sexual matters. This relative theological unity owes much to the Church’s rapid growth through the 1990s, which means that many of its members are converts, prepared to take Nigerian Anglicanism as they find it. In addition, the issue of homosexuality is unlikely to prove a pisive one in socially conservative Southern Nigeria.

It has been, however, this social conservatism that more latitudinarian Churches in North America have been troubled by. No-one has ever expected the Nigerians to ordain active homosexuals in the forseeable future, when even the Church of England pays lip service to Issues in Human Sexuality, a statement by the General Synod that requires the clergy to be celibate or married. However, considerable unease has been caused by the former Primate of the Church, and Bishop of Abuja, Peter Akinola. In 2006 the Committee of the Church of Nigeria, headed by Akinola, issued a statementcommending a bill which would see homosexuality punishable by up to 5 years in prison. Three years before, the Episcopal Church in America had consecrated the practising homosexual Gene Robinson as Bishop of New Hampshire. These radical departures threaten the delicate line that the Archbishop of Canterbury, Dr. Rowan Williams, and other unifying forces in the Lambeth Conference, have always tried to walk: demanding heterosexuality and celibacy in Anglican clergy while attacking homophobia and the persecution of gays by national governments.

These were the pisions that wracked the communion during the lead up to the 2008 Lambeth Conference. Bishop Robinson was not invited to attend, but even so the Primates of four African churches – Nigeria, Uganda, Kenya and Rwanda – as well as a number of other traditionalist Bishops and high ranking clergyman, boycotted the ceremony. The reason given for this refusal was an unwillingness to share communion with, or receive it from, clergyman who held what they view as heterodox and immoral views. This claim has little grounding in mainstream Anglican Eucharistic theology, with the 26th Article of Religion explicitly separating the worthiness of the sacrament from that of the minister providing it. The boycott was instead seen as a statement of dissatisfaction with the direction of the Anglican Communion, and a possible desire of the four Provinces to remove themselves from it. A month before the Lambeth Conference the African Primates met with other discontented clergy in Jerusalem, for the seven day Global Anglican Future Conference (GAFCon). The conference hoped to bring together Anglican clergy unhappy with the direction of the communion on a number of theological issues, but the main issue under discussion was that of the American Episcopal church and its pergent stance on homosexuality. It is to the GAFCon, rather than to Lambeth, that the Church of Nigeria declared their allegiance when rebuffing the Vatican’s advances last year, and it seems that Nigerian Anglicans, as well as those in Uganda, have comprehensively rejected Rowan William’s attempts at compromise.

However, whatever one’s views on the ordination of homosexuals, there are very good reasons to be wary of GAFCon and its future. The Reverend Doctor Mouneer Anis, the Bishop of Egypt and presiding Bishop of Jerusalem and the Middle East, a doctrinal conservative and member of the Global South grouping whose steering comitee Peter Akinola chairs, warned that the ‘Global South must not be driven by an exclusively Northern agenda or Northern personalities. The meeting of the Global South in ’09 will be critical for the future, and the agenda will need careful preparation ahead of time.’ It is certainly true that GAFCon, which depends for much of its legitimacy on the huge memberships of its African Churches, saw a great deal of its agenda set by the majority of British, Australian and North American clergy who made up its leadership council. The main achievement of the conference was the establishment of the Fellowship of Confessing Anglicans, a grouping of traditionalist churches which will have little impact in unified Nigeria but a great significance in the pided north. It is hard to see how practice or worship will be altered for Nigerian Anglicans, but impossible to deny the significance for the schismatic Anglican Church in North America, which is now in full communion with the Church of Nigeria.

Nigeria now exists in an uneasy union with the Anglican communion. At GAFCon, former Nigerian Primate Peter Akinola stressed his desire to avoid schism, stressing “we have no place to go, nor is it our intention to start another church” , but the Church has made clear it considers itself in more perfect communion with the Anglican Church in North America than the Episcopal Churches of the United States and Canada. However, the complexities of Anglican ecumenicism is of little importance to congregations in Nigeria. The real significance of the Church of Nigeria’s relationship with its sister churches will be felt far outside its own borders, among congregations in Europe, America and Australia for whom the support of Anglicanism’s second largest province would confer legitimacy on whatever segment of the fracturing Communion they belong to. 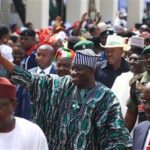 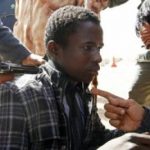